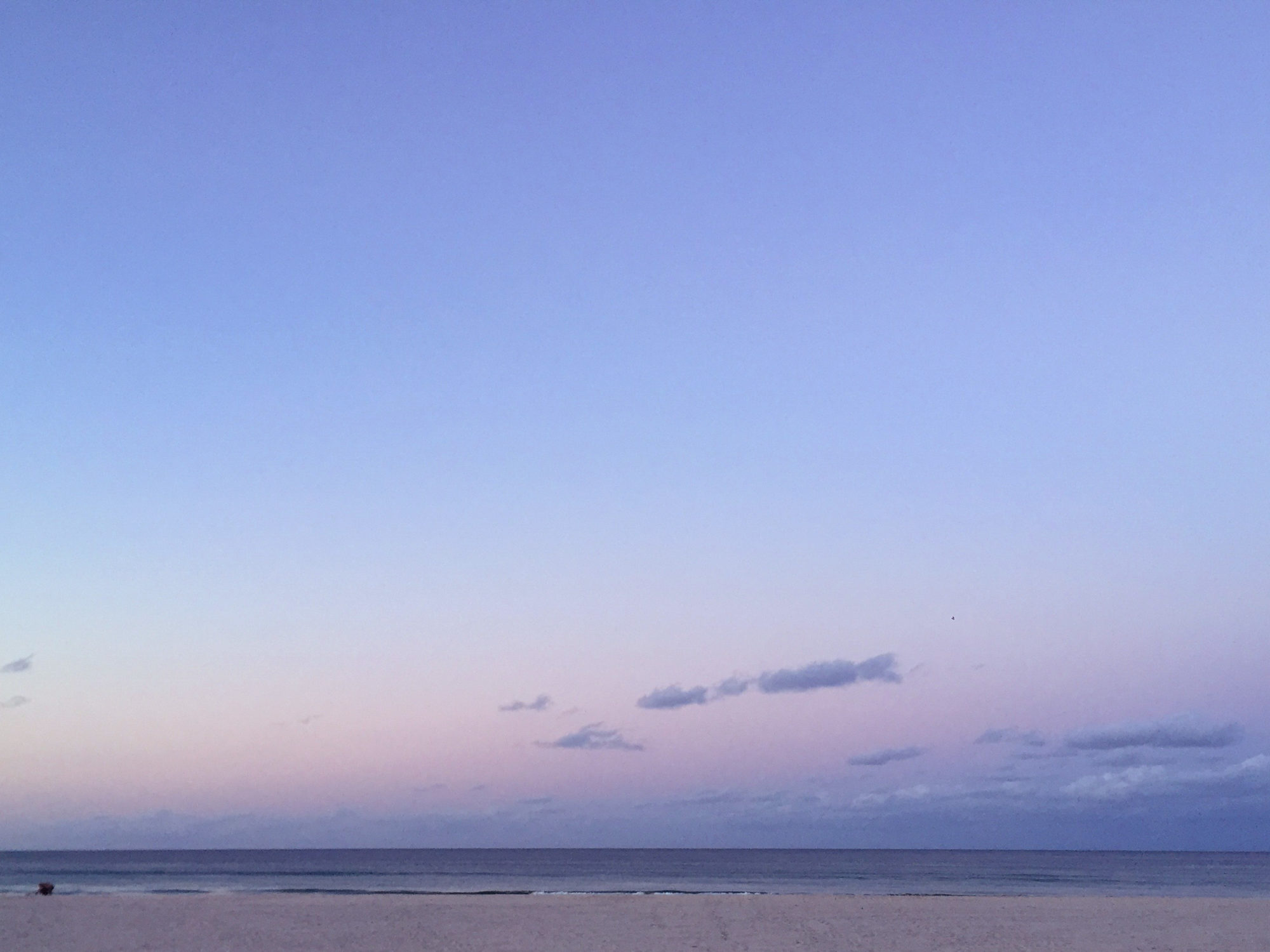 My life in Coolangatta has mostly been influenced by what you can call funemployment with the occasional stressing-the-shit-out-about-unemployment.

I’ve been keeping a busy three-four nights a week with a waitressing job, but usually having all day to enjoy the beach. Adopting the mind-set of letting life happen to you rather than controlling it, I kept one eye open for possible employment through acquaintances hoping that the universe would help me out a little. 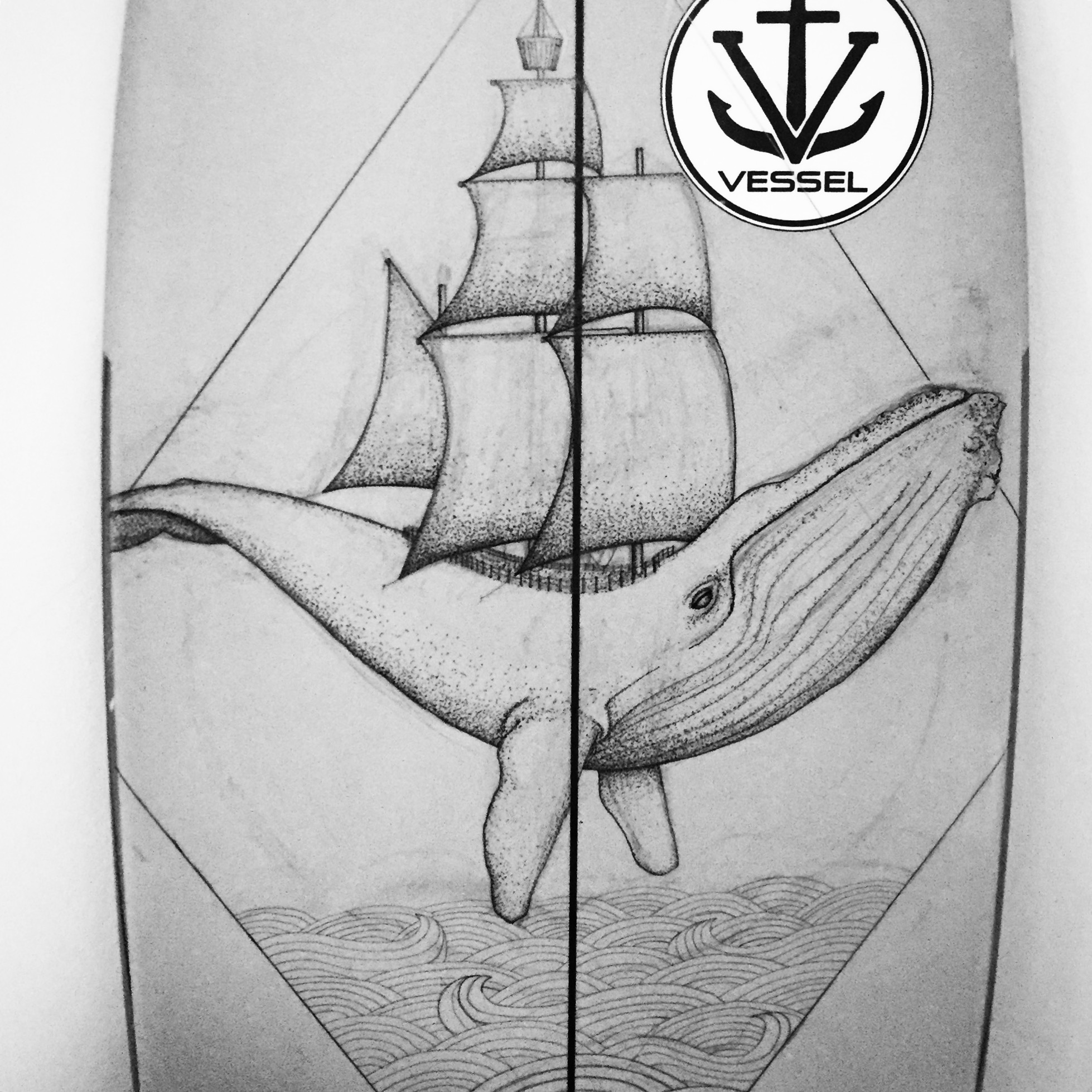 The things you have time for when being unemployed

And an opportunity did come my way. After helping out a woman I met through my farm work with a design for her house, her architect friend contacted me with some drafting work she was happy to pass onto me. At first I was a bit hesitant because I don’t have any experience doing this scale of projects completely on my own in a system I know nothing about, but then I convinced myself it would be a great way to learn, and that this might just be the way to get the experience I need for employment. 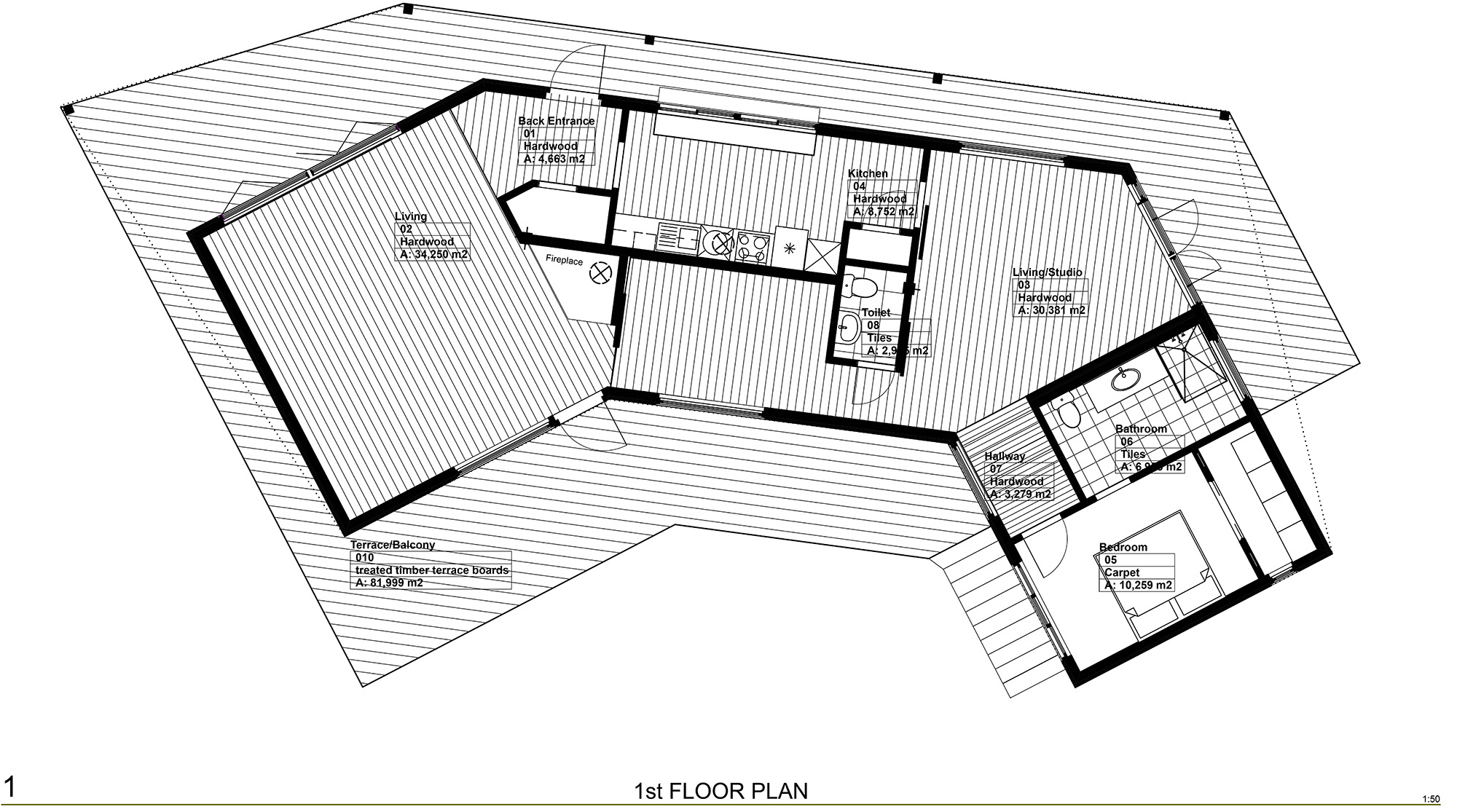 The house design I did for my Byron friend to complement my portfolio and get some local “experience”. Although it refreshed my ArchiCad memory, it hasn’t really gotten me that job yet…

I met with the client, who seemed nice enough, but one week casually into the job I was already getting confused. The client kept asking for drawings but didn’t want to set up a work-agreement or want me to do any computer drawings yet, confusing me with what she actually wanted me to do. She wanted me to visualise, I wanted to get my hands on some house plans. And while I was still working on getting the plans from council, the client had already organised for a builder to start construction in six weeks. It was like she was running circles around me and I was left confused in the middle not seeing the full picture at all. So while I tried to wrap my head around what sort of drawings the client actually wanted from me, the emails ordering me around kept filling up my inbox.

And then it accumulated to the majorly fuck-up that had to happen. Trying to be on point about the council processes I call them to enquire how much time it would take. That was apparently not according to my client’s plan. She wanted to sneak the whole reno under the council’s radar. And I just let them know about the whole thing! Hardly legal, but now also out of the question. Which made the pressure of the situation even higher. The builders would be ready in November, but now council knew and would need around 3 weeks to process the application. That would give me three weeks to finish the drawings and get reports from bush fire experts and bracing engineers. I was still waiting on the f*cking house plans. –Na-ah. Not. Do-able.

This was all I managed to scramble together for the renovation. Some volume studies and a requested hand sketch. Trying to make hand drawn visualization is just not my thing *insert hands on face/monkey emoji*

I realised there was no way I could do this project successfully, so I opted out. She got furious, claiming I was now causing her major financial loss as she needed to have this built by November! But as she didn’t want a contract, she had just shat herself on the leg (as we say in proper nor-english). I was free to leave. Turns out she was also free not to pay me. I didn’t care. 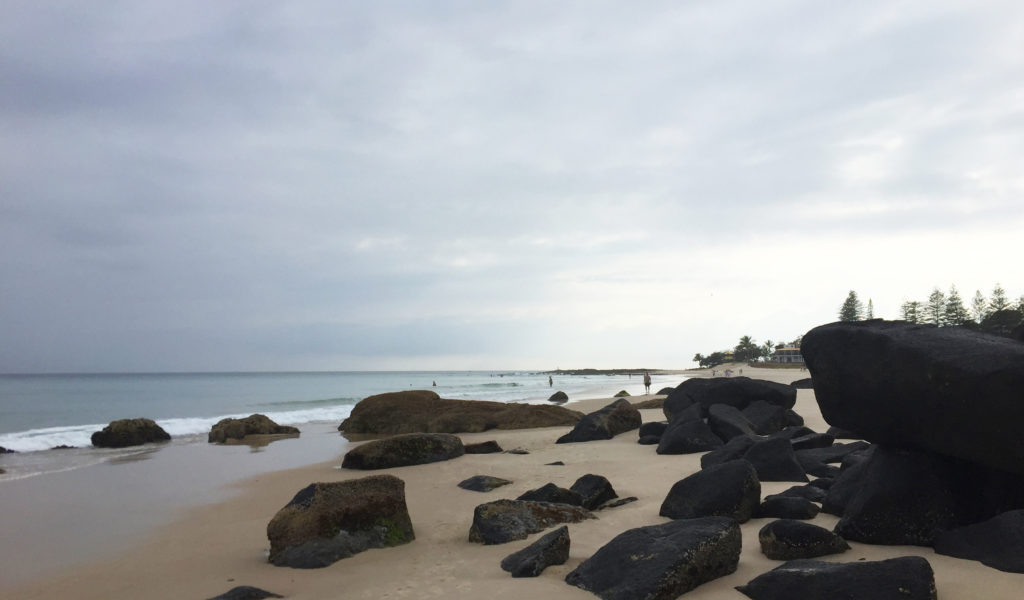 So followed the disappointment of the another job strategy failing and yet another Australian boss being slightly crazy. It was balanced out with a bit of healthy funemployment and still sustained by working as a waitress. But as I seemed to be back to the beginning again, I start getting restless. I had to start job hunting once more. But everytime I start this search over again, it’s with a little less faith in myself. I mean, they say only a mad person does the same thing over and over again and expect a different outcome. So how could I change the outcome if I’m starting the same process over again? I came to realise that I need to bring it all the way back to basics. Not repeat applying for a Graduate Architect, a Draftsman or working on my own, but starting at the absolute bottom as in working for free as an volunteer intern. It might have been the natural place to start, but this spoilt Norwegian though she was quite the Shit with her quite decent education behind her… -She is, apparently, not. 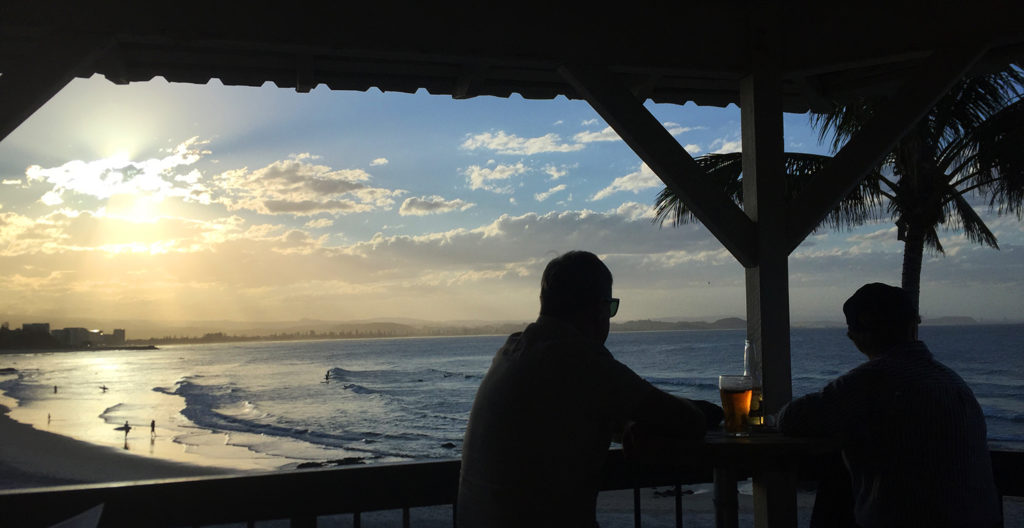 Coolangatta is still growing on me though, it still feels like a place I’d like to live. With a job.

So with my hopes high once more that this would be the way to get a foot in the door, I set out on another call and email mission, this time begging to work for free. You’d think that people would jump on the chance to have people doing free work, but that was not the case. I called, I emailed, and with every unanswered one, or every email or conversation ending in a “sorry, we have no available positions at the moment”, my heart and spirit broke a little bit more. IT CANNOT BE THIS F*CKING HARD TO ACHIEVE A SIMPLE DREAM OF WORKING AS AN ARCHITECT SOMWHERE ON THE AUSTRALIAN F*CKING COAST?! The rejections were getting to me once again. And with that I was getting more anti-social, stressing out about every worst case scenario and living it the moment was becoming very challenging. All I needed was a bit of an outlook, just knowing whether there was a point in me getting another years visa or not.

After a while of trying to enter the job market over here you start realising its not about what you know but who you know. And I decided to take the advise of networking more seriously. One of the architects I had emailed early on offered to help me out if I had any questions. I decided to take him up on that and got an invitation to a housing seminar at Bond University. Listening to several generations of renowned Australian architects was so inspirational and just made me wanting to go back to my profession even more. I shook a few hands but it didn’t get me a job.

And then, finally! A nice, long email came in return. A small Architect’s firm not too far from Coolangatta, had a project they’ve shelved for a while that they might want someone like me aka. cheap labour, to work on. The project was idealistic about shared living and sustainable construction. Reading the email I almost started crying. Finally, something was giving! Finally I would get at least a foot in the door of Australian architecture. I could literally feel the weight lift from my shoulders and a tingly relaxation take its place.

I had my first day this week and it seems to be a great project and the people I work for are luckily likeminded in architecture, sustainability and community minded. Even though it is not a dream situation to be working for free, my professional life is at least moving forward and not standing still, and I have the next couple of months laid out in front of me. Which means I will probably not go home for Christmas but spend a third year doing the holidays abroad. Hopefully I will have networked my way into a job sometime for the new year. Fingers crossed! 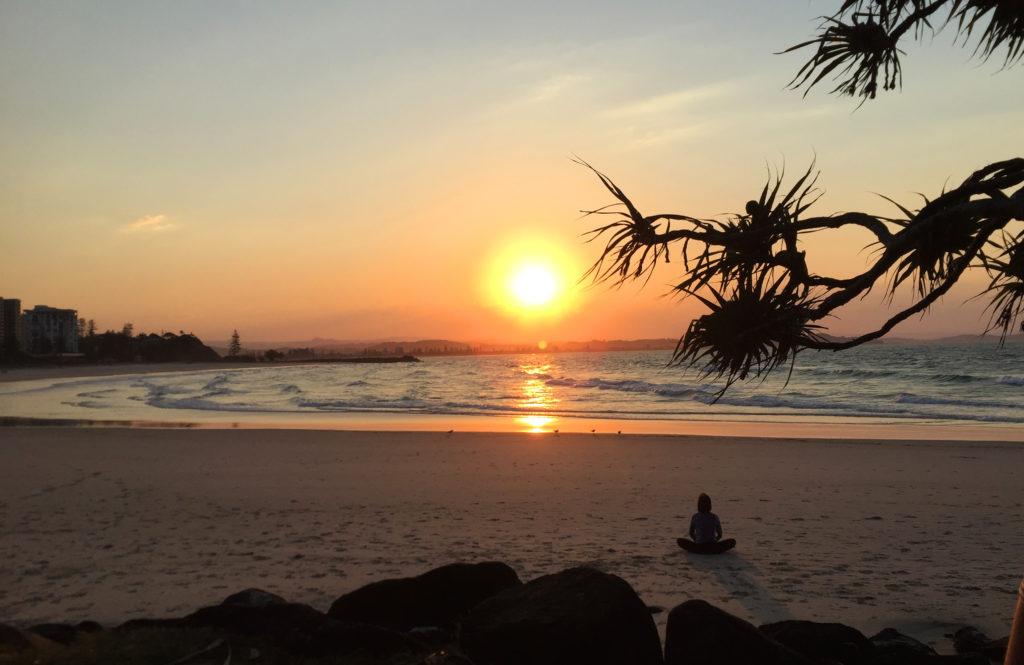 4 thoughts on “Somewhere between funemployment and a dream come true”