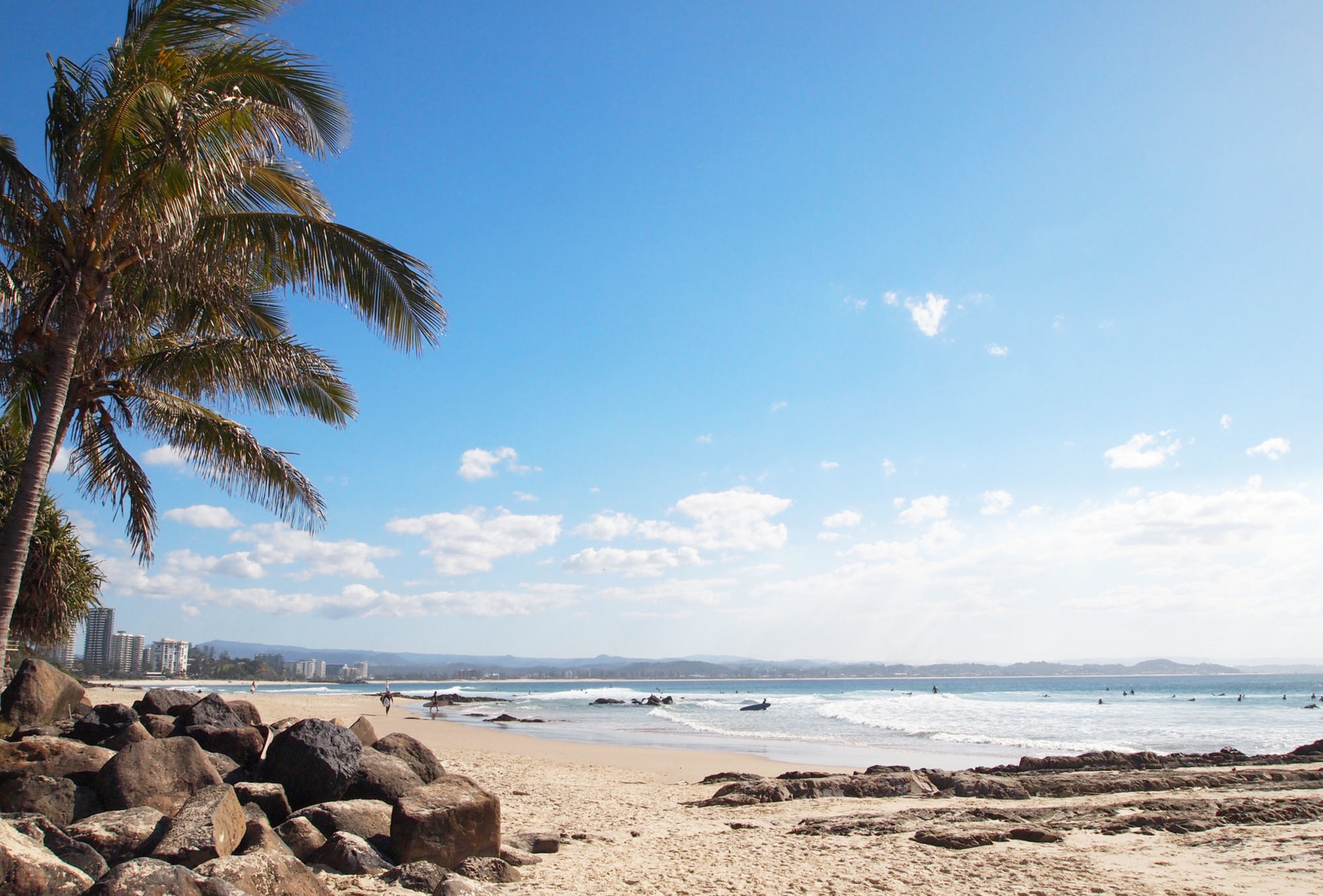 I’m a planner. I like having a plan, always did. I like knowing when something is going to happen so that I can continue planning further activities around it, look forward to it and gain a great feeling of accomplishment for that day, week or month. Getting the most out of life! But having a plan is also about having security, knowing what your life will be like for the foreseeable future. Knowing that you’re set and have a tangible purpose to get you up in the morning.

So the last couple of months have been tough on a planner like me because there has been no promise of a plan taking action at all. I have been trying to get an architecture relevant job since January, with a few breaks for farm work, but nothing has paid off so far. You get breadcrumbed with an interview here and there, but nothing beyond that. And while shacking up at my friend’s house gave somewhat a sense of security, I still didn’t have an outlook on anything resembling a plan for my life. No idea where I would live in this huge country or whether I could actually get settled with a decent job before my money run out. Safe to say my planning mind was getting stressed out! I was having a breakdown a week, questioning everything including my self worth. For every declined job application I felt a little more worthless. I mean, don’t six years of education and two years work experience count for anything? Well, apparently not in stranger danger-country, Australia.

After completing my farm work I would have the rights to work for one singular company until June 2018 and for every week I didn’t get a job, I started feeling like the time was running out. In December I will only be able to work up to 6 months for one employer. So in order to sell myself on being eligeble long term employment, I would have to get a job soon. And I was working it at every angle, even making a set of drawings for a friend’s house in Byron Bay to improve my portfolio. I had a routine of going to the library every day when it opened and stayed until closing. That was 8 hours of job applications every day. It was all I was thinking about!

Then came the time for me to move out of my safe and free accommodation and thereby decision time. Where to go? I couldn’t wait for the security of a job to dictate where to live because there was none, so I stood absolutely free on my choice of new hometown. Well, the coast was a definite, so not traveling too far from familiar settings, the Gold Coast seemed to have a booming building industry and therefore maybe also the opportunity of a job. Part owed to its reputation and part chance I ended up booking a week’s accommodation in Coolangatta, a townish area on the southern end of Goldie framed by several surf spots less than a mile apart. And one week soon became more. 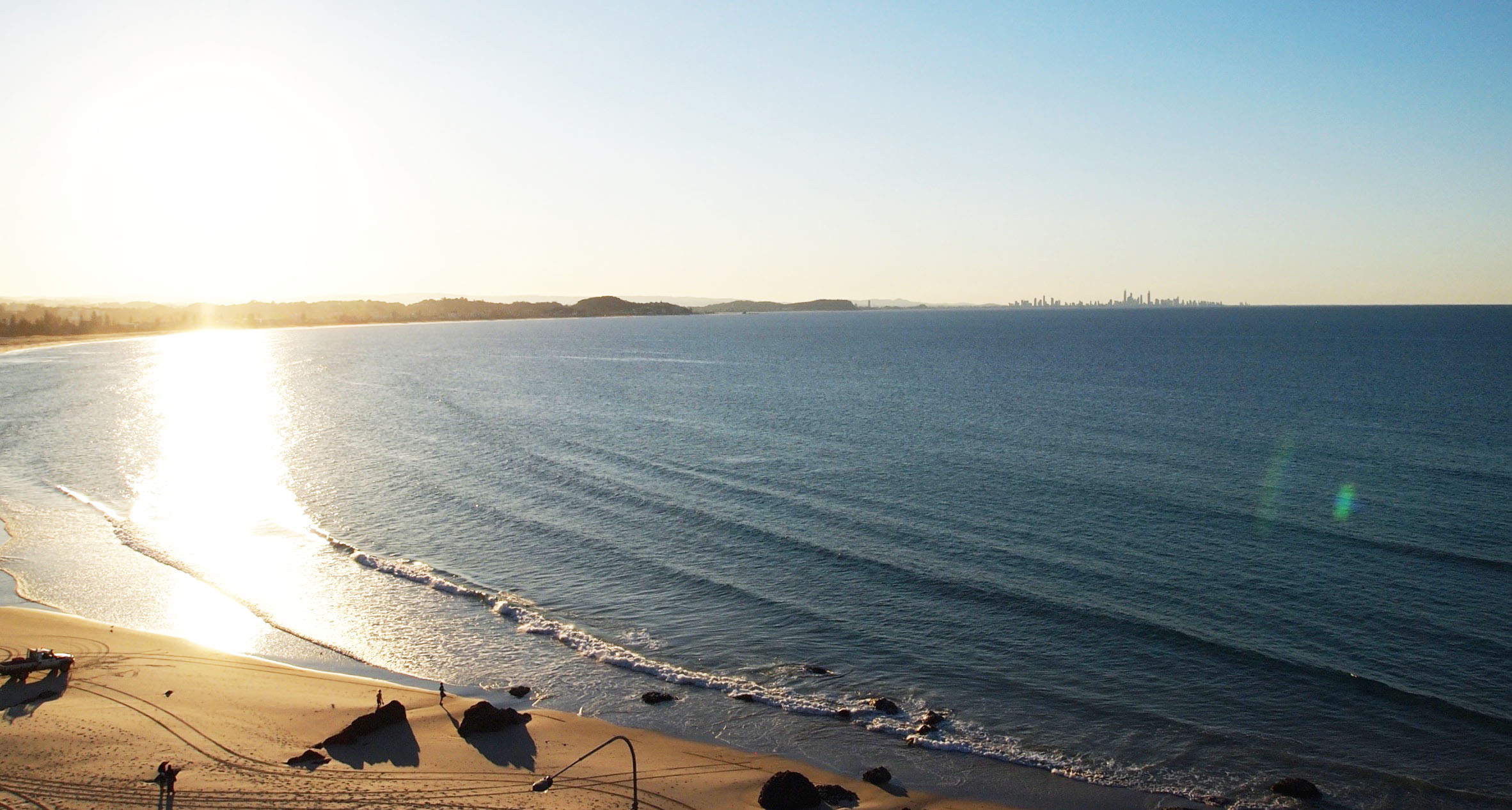 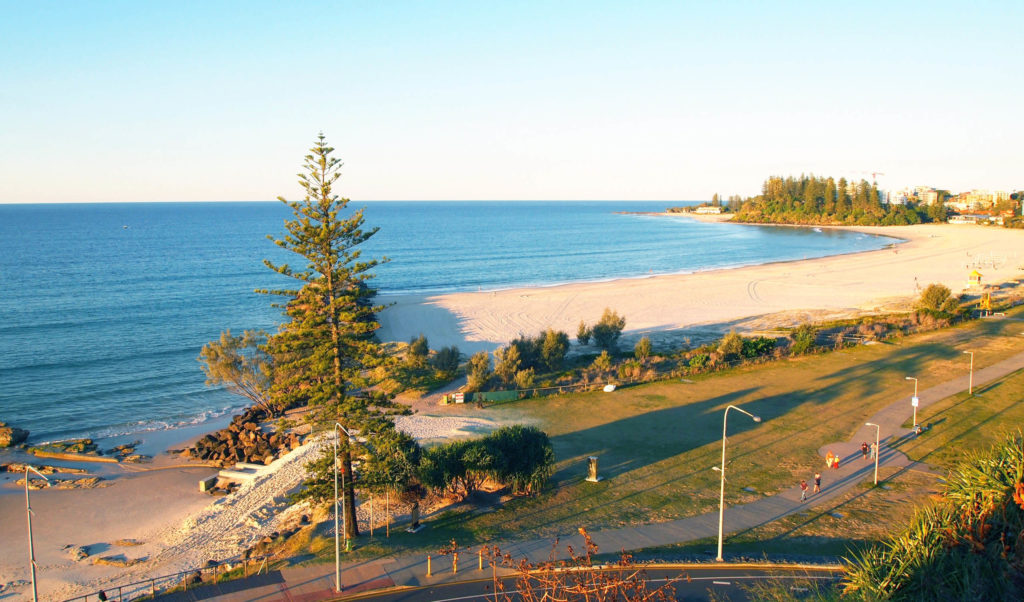 My first week I still managed to get in a decent amount of hours job hunting, but it was harder as the distractions were plenty. At the same time I went from just applying on career jobs to including hospitality work as I now had to remove the silver spoon from my mouth and accept real life and the rent that comes with it. But guess what? Hospitality industry isn’t begging, it’s choosing. The amount of travellers in this country filled these casual positions months ago.

A week in at the hostel I still hadn’t gotten any form of job, but I got to go surfing for the first time in six months. Even though my economic situation wasn’t great, I went and invested in a wetsuit and borrowed the shitty, banged up surfboard available in the hostel. Getting in the water again I started remembering why I made the choice to travel so far away from Norway. I love surfing! And I love living in a culture where its everywhere and more importantly, I’m living right next to it. You wake up, check conditions, suit up and get in! For the first time in months I had something to be exited about in amongst the hours of job hunting.  And if nothing else, maybe that would just have to be enough? If I don’t get a job, at least I’d had some fun in the water before my money run out and I have to go home. I don’t know how long I’ll be staying but this place finally started growing on me big time.

Checking the conditions at Kirra from the balcony, one of many hostel dinners and one of many stunning sunsets.

And suddenly a work-for-accomodation position opened up at the hostel and I was offered a job. As I didn’t have any better alternatives, why not? It wasn’t something I’d apply for but here it was, offered to me. So at least I would save heaps on rent. A couple of days later I took a fellow resident’s advice about lying on my CV to experienced waitress, and BOOM! Got a hired as a waitress! So within two weeks in Coolangatta I was sorted to stay here for a few months at least spending as little as possible.

On top of that, a very early Christmas present from my wonderful mom came in form of a new surfboard, to make sure I at least enjoy myself while being here. And that was it! As things slowly started to give, and finally my effort paid off, I was really enjoying Australia. And I started letting go of my initial plan and idea of having to have a relevant and permanent job NOW! 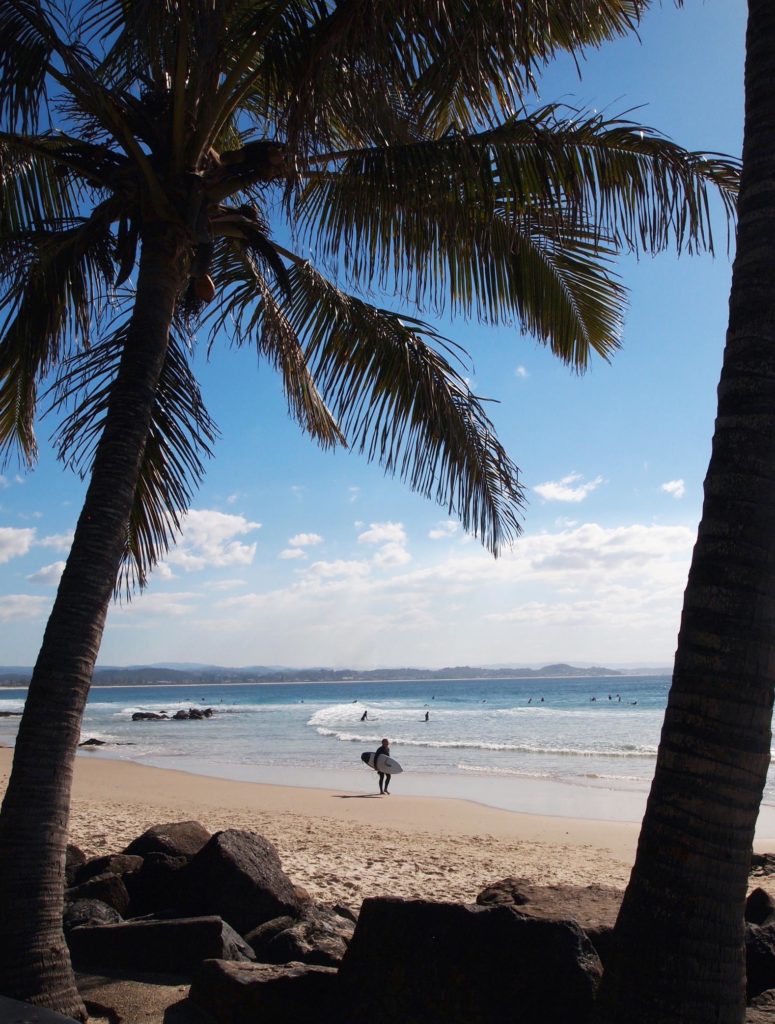 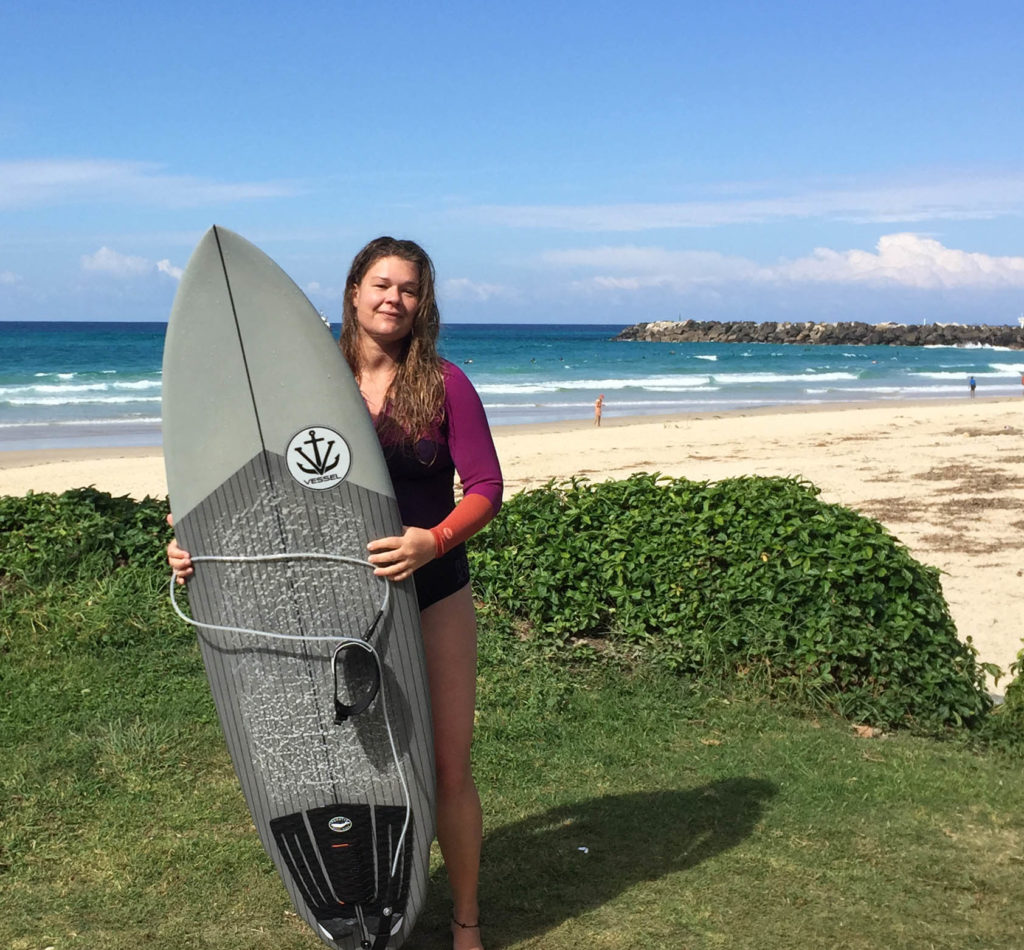 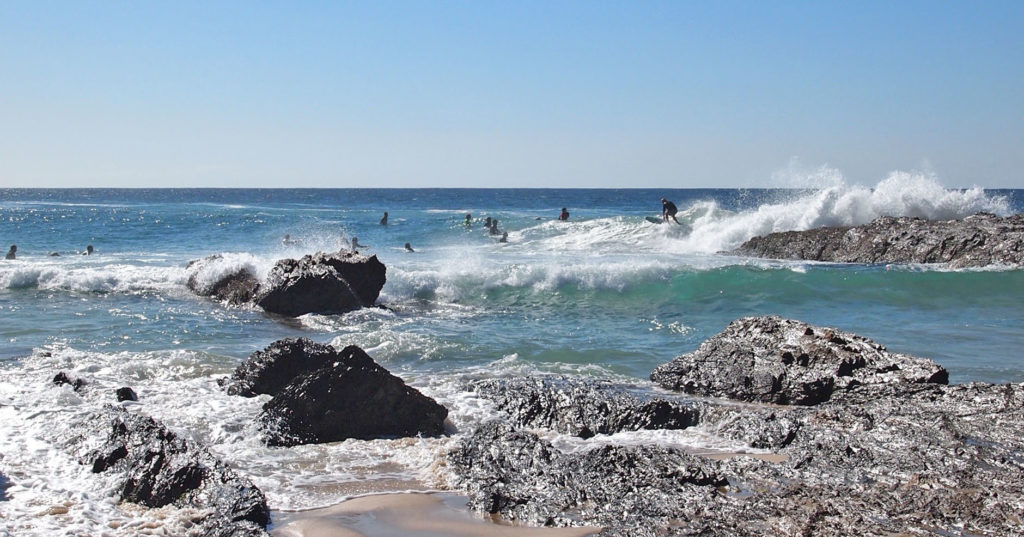 Snapper on a crappy day but still better than back home haha!

I believe that we’re meant to learn certain lessons in life, challenges we’ll keep on facing until we learn how to deal with our own reactions and evolve above this situation. One of my challenges is and has been for a while to live in the moment, letting go of controlling and locking life into a plan. I was pushing for an idea of what I had made up in my mind to be the right way for things to unfold and I was getting nowhere. Even as I was hitting the eight month mark in Australia, I didn’t seem to make any progress. I would constantly come up with new little plans for how to make the big plan work. I would update my resume, portfolio, email offices, call managers and contact recruitment firms, yet nothing would get me in the door. Well, now there is no plan. I am loving every day I get to take my new board out for a surf. And when I get a reply from one of the many resumes I’ve emailed, my first though has been “oh no, not yet!”. It honestly does not tempt me to sit in an office all day right now. So I’ll give “the now” a few months before starting making phone calls again. But hopefully my new philosophy of letting life happen to me rather than forcing it into happening will do just that, make it all come together somehow.

Whale watching off Broken Head during on of many road trips south.

4 thoughts on “Letting go of the plan”