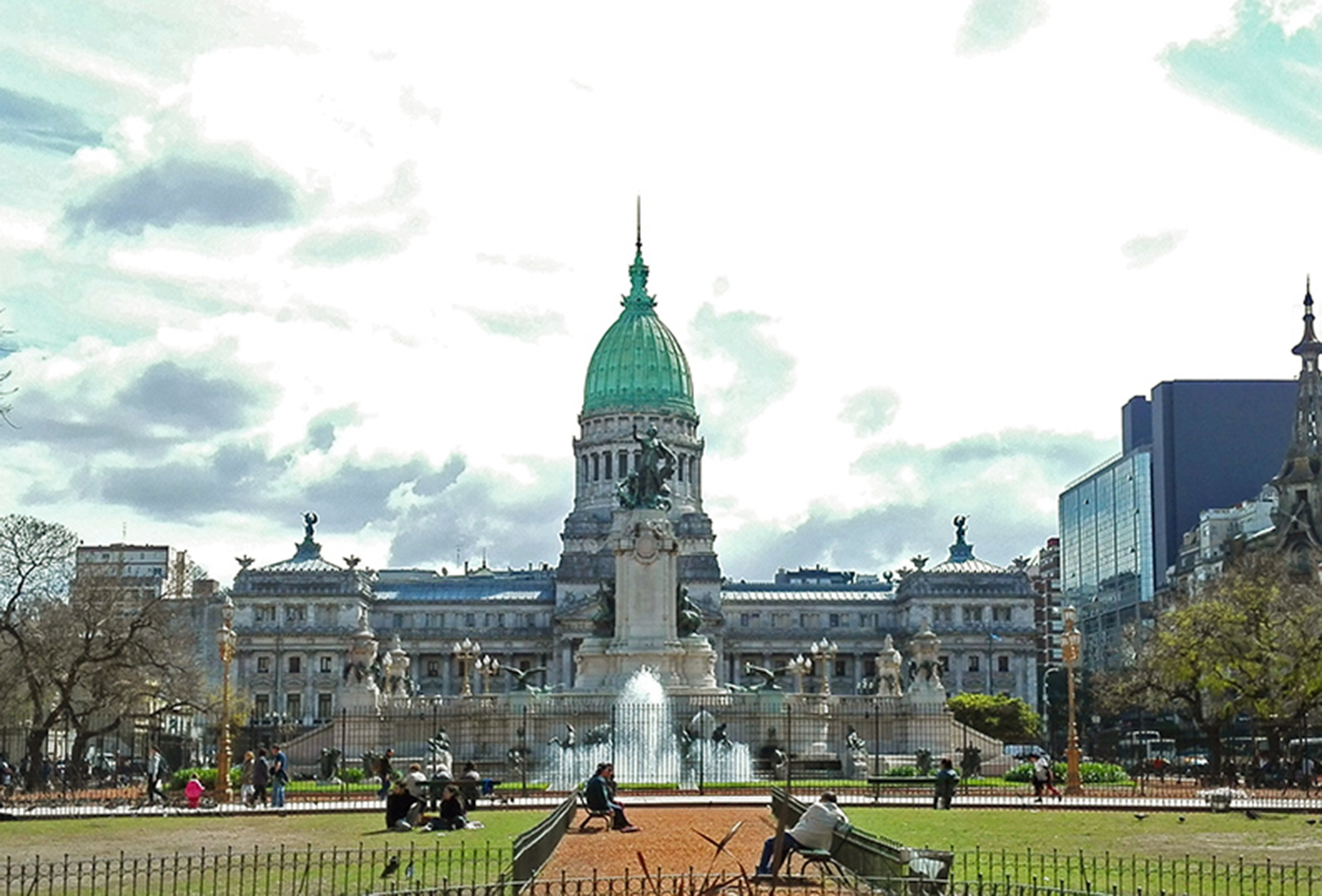 Stepping of the plane at the Ezeiza airport, Buenos Aires, my first thought was “oh shit… I’m screwed!”. It was absolutely freezing.  I’d been sweating in my jeans when getting to the airport in Iguassu. It amazing what a difference a two hour plane can make. It was suppose to be springtime! So with a T-shirt and hoodie I sat shaking on the bus going downtown. I’d gotten an explanation of how to get there by a friend of a friend who was kind enough to host me for a couple of days. He did not mention that the bus took two hours. Two hours in 7-10 degrees. Also, he had not accounted for the fact that the metro was closed by the time I got to the centre. So, there I was, in the an empty financial district downtown looking for which bus to get from Plaza do Mayo to somewhere I didn’t quite know where was. Oh, and did I mention it was freezing cold? And I barely had any money, cause in Argentina you should change your dollars in cash, so no ATMs for me, and therefore not enough cash for a taxi.
Starting to get desperate, Buenos Aires mercifully came through. Asking a couple who barely spoke English for help, not only did they spend ages figuring out which bus I should get on, they also made sure the driver knew where I was going and paid my bus ticket! I haven’t been that grateful since graduation. During my time in Buenos Aires it was confirm time and time again, the Porteños (people of Bsas) are some of the most people I’ve ever encountered.
​​
A lot of people say that Buenos Aires is a very European city, and with al the Italian pizzerias and heladerias (ice cream shops) I’d say that’s pretty spot on. It’s characterized by a mix of old 19th-20th century buildings and 60-70s highrises organized a grid structure of streets and avenues only broken by plazas and parks. There’s a slight variation from district to district but nothing like London. The district centres aren’t nearly as defined and you’ll find boutique shops, cafés and restaurants at every other corner.
​​
Italian market
​​
Sundays are the best in Bsas. Poeple gather in the parks or in the plaza or street markets. This sunday in October there was an Italian market bu Plaza de Mayo. And 5 mins south you can walk along the San Telmo market (every sunday) for hours.
​​
Sunday sightseeing in Recoleta: La Recoleta Cemetery and the steel flower.
My first mission when I got to Bsas was buying a jacket. Which proved to be nearly impossible because in anticipation of spring all the shops were selling summer outfits. Even though there are thousands of little shops selling clothes they all basically sell the same thing with a slight difference in style.  I must admit I was a little heartbroken not to find a H&M store, which would have solved a lot of problems for me. The Zara store was actually more expensive than at home as it’s seen as some kind of posh store in Bsas. Even though the clothes are quite pricey downtown the quality control is non-existing here, so when I finally found a nearly perfect all-round jacket a button fell off the first day. It wasn’t until the end of my stay I got around to visiting Avellaneda, a super cheap area where they sell the same clothes at less than half price.
​​
If you’re looking for a great show, LaBomba del Tiempo is an awesome percussion party in huge courtyard outside. Right: The Avellaneda market, get used to walking in one, huge queue.
Buenos Aires is a perfect city for walking. You can get the bus or metro anywhere, supercheap (3-5 pesos), but anything less than 12-15 blocks I would walk and it’d take about 15-20 mins. When you walk around you’d want to be careful not too look too long at all the buildings, cause your attention is needed at the pavement. You see, in Bsas there’s a lack of parks in the city centre resulting in a lot of dog shit everywhere. Might not make a difference for the Poteños though, because 70% of the women were wearing very fashionable, skyhigh platform shoes and probably getting the bus or metro instead of walking. Bsas is a very fashionable city, especially amongst the women. And the 70s flared trousers and platforms were making huge advantage.
​​
My neighbourhood for a couple of weeks, Passaje Bollini in Recoleta
I stayed in Buenos Aires for two and a half weeks and most of my time was spent in school doing a Spanish course.  I was sort of enjoying having some regular everydays after moths of no structure and moving around. I was lucky enough to be staying with people instead of at hostels, either through couch surfing (which I strongly recommend) or with friends of friends, and being able to be on my own in a bed of my own for a few days at a time was much needed. At one point I had a whole apartment to myself for a weekend. It was heaven.
I really enjoyed Buenos Aires. With amazing people, wine and food (meat and ice cream and caramel spread in particular) what more can you ask for? Oh, yeah, warm weather!
​​
Oh, and it’s also the city of Tango