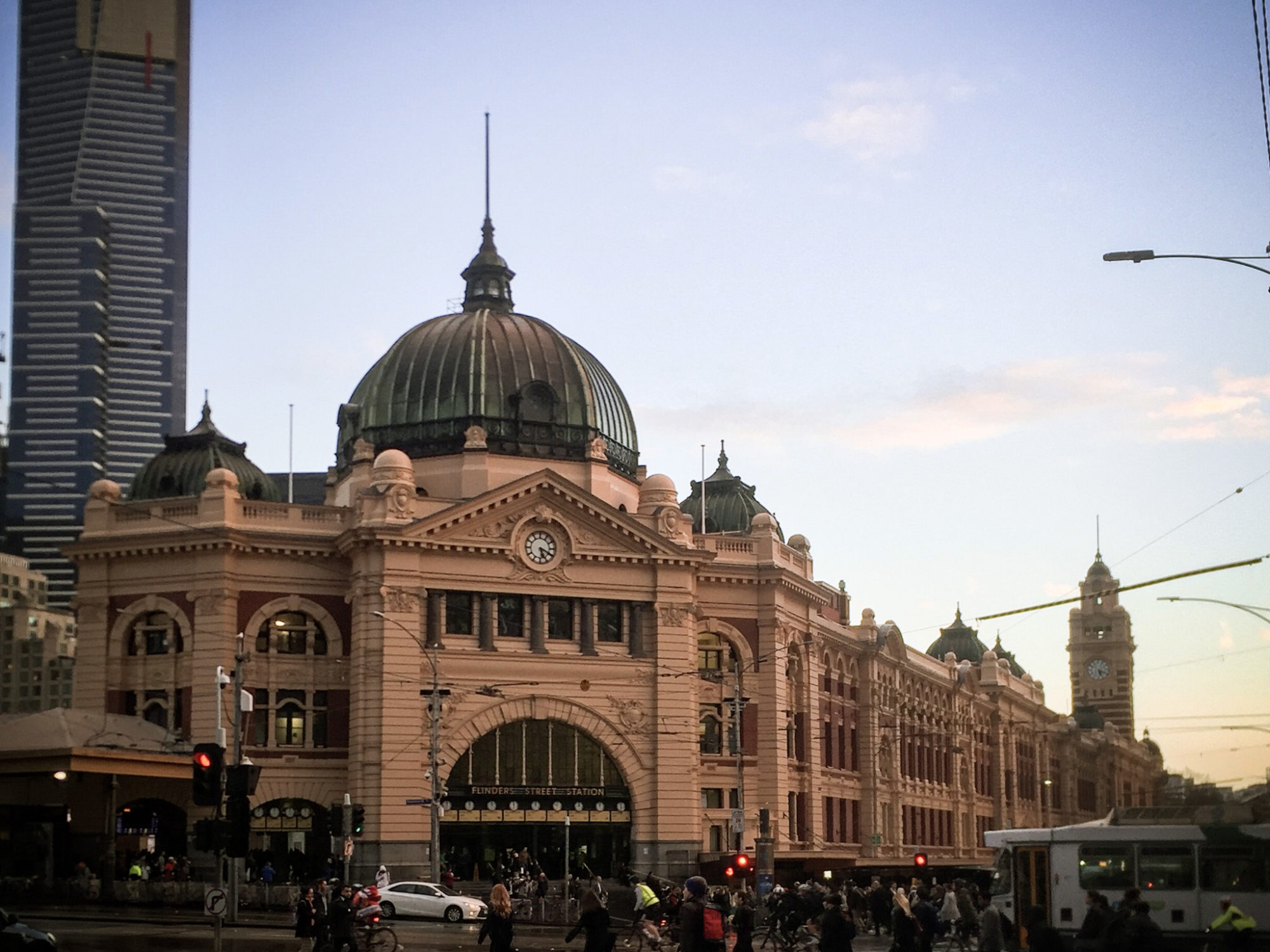 A few years ago I met an incredibly fascinating crowd when traveling.  A group of people who were hilariously funny, sporty, outgoing and bringing people together. They were a party! They were Australians.

There might also have been a little crush on one of them in there, but all over I was just in love with Australians! And so the idea of going to Australia was born, and it stuck. After graduation, saving up money and backpacking around South America, I finally found myself in Australia.

My expectations were set pretty high, as my experiences with this country’s people were such good ones. But instead of it being a couple of years of easy fun and the ultimate lifestyle, my time in Australia was a bit of everything but most importantly, a lesson.

First of all, when you travel you meet other travellers. People who are out on adventures, not at home surrounded by routine and a set group of friends, so meeting other travellers is a lot easier than meeting people in their home country. I think out of all the Australians I met traveling, only one was available for a catch-up once I got here.

Secondly, just traveling to another country and expecting to get a job within your field, might be just a tiny bit optimistic. As you’ve seen through earlier posts the year and a half turned out a bit different than expected. Having to spend a year trying to get a job, kept me in suspense where I never really was able to just relax and look ahead.

Looking back though, I have had some great experiences, and I can very easily see why there is such a rave about Australia. The country has some amazing sights to offer along with quite the interesting wildlife, awesome surf culture, but most of all, the great hospitality. Although it might be hard to get close to them, Australians are nice, very nice, and polite. It seems this is one of their greatest values. 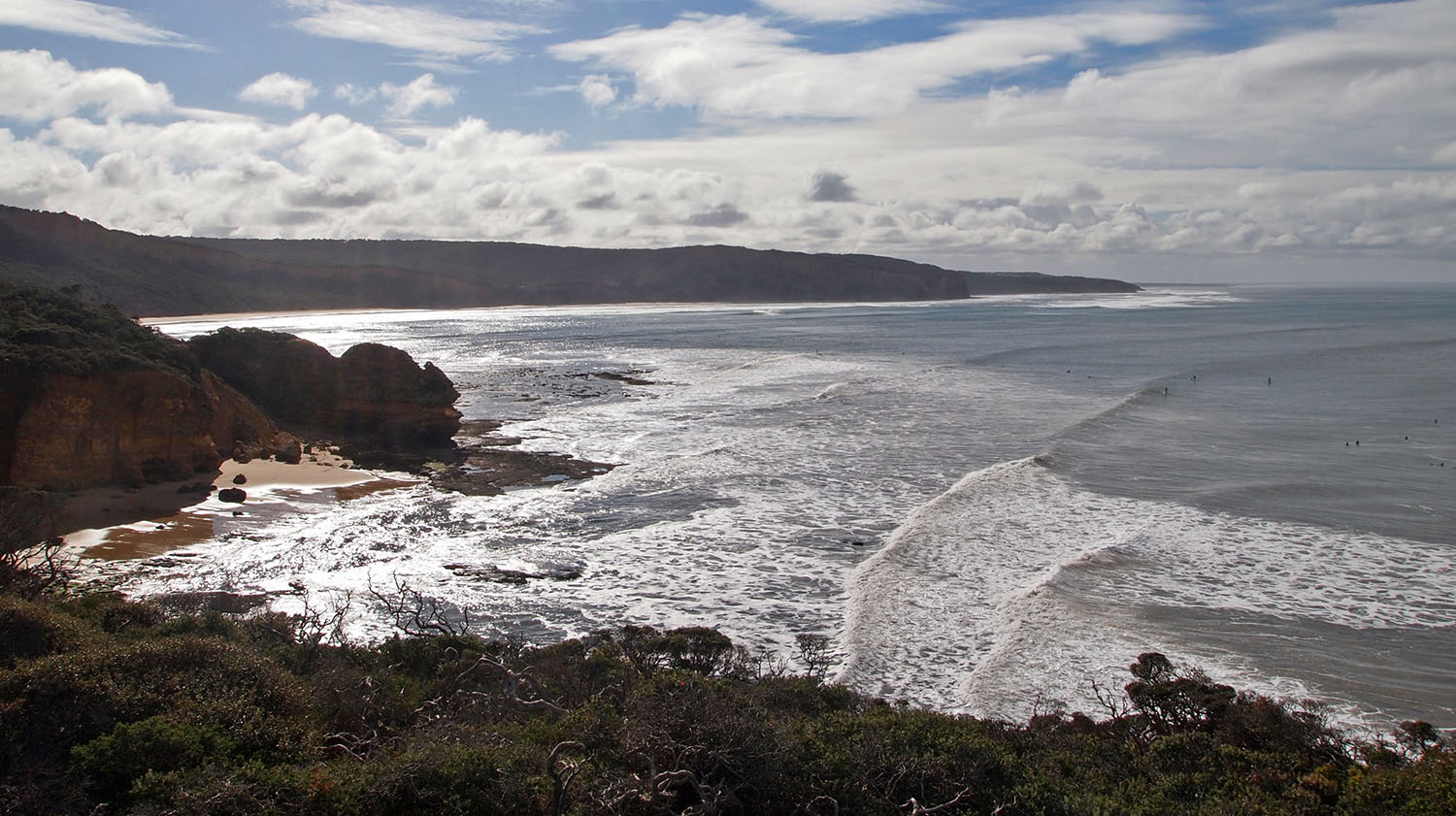 And that’s what I learned the most about during my time here, values. More specifically, my values. What I value in life, what I need, what I work for, want to achieve and what I measure myself against. And I came to Australia with a different set of values than what I’m leaving with.

I came to Australia with a very specific idea of a lifestyle that would make me happy. That lifestyle was based on working as an architect in a beach town or city somewhere along the sun filled coast of Australia, working on my surfing in time off. I also wanted to meet people with similar interests, easy-going, spontaneous people living a sunny, beach life.

I wanted to transform my traveling experiences into a daily life through adopting what I thought were it’s values, but what I loved about travelling wasn’t necessarily about values; it was the sunny beach life and the activities, the easy way to meet new people. And while one can say that one values these things, they’re physical, external values. It took a year, chasing these things for me to realise, it’ not actually what makes me a complete person. 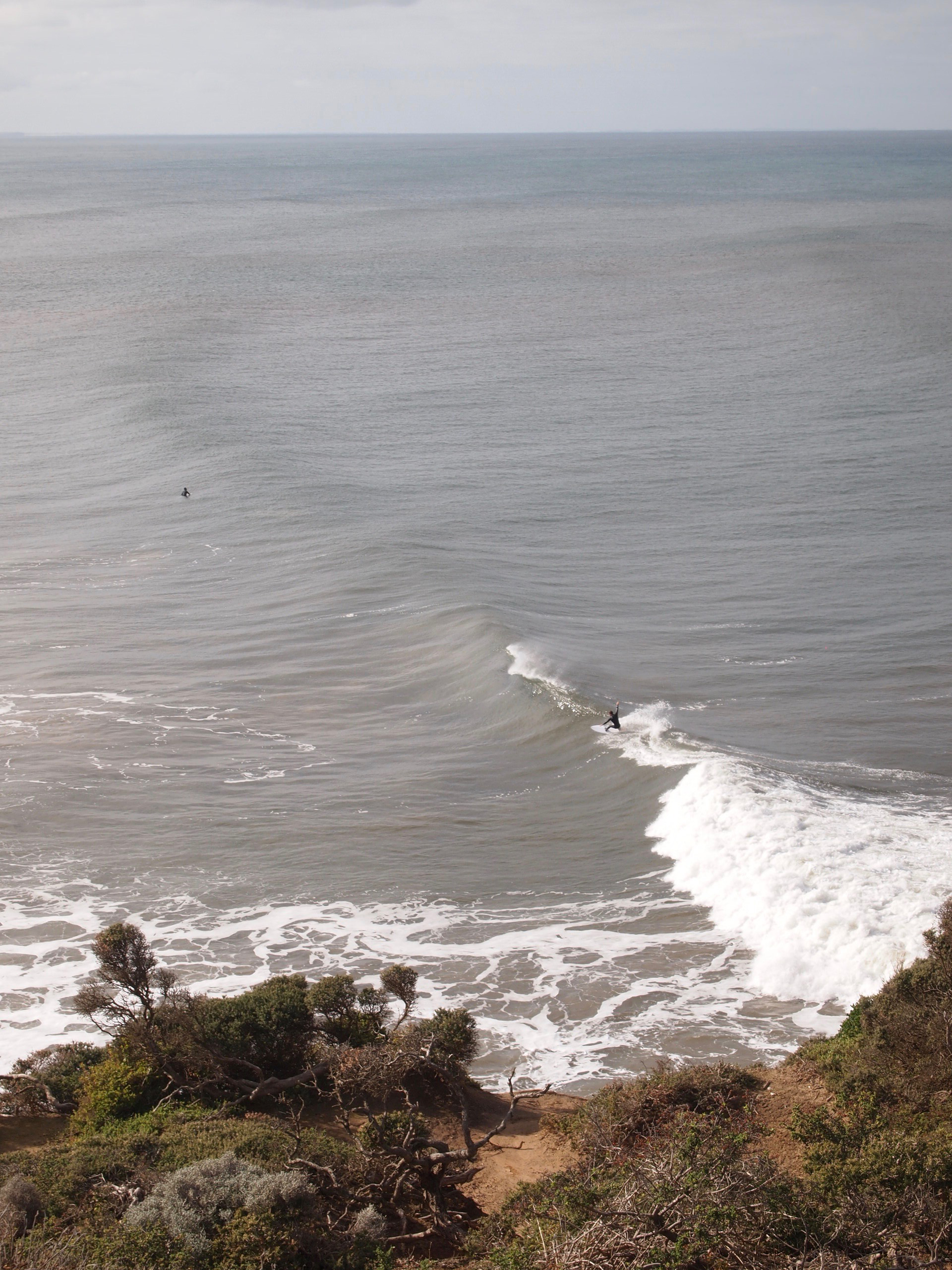 Party waves or empty line-ups? I’m a fan of both.

I recently picked up the book The subtle art of not giving a fuck. If you haven’t read it, do it! It basically explores a whole range of problems us 21stcentury people got ourselves into chasing our perception of what happiness is. It sounds like the typical self help book, which it’s not, it’s more about getting people to reflect over where one’s values lie. This book came along after I made my big decision to move back home, but it has confirmed a lot of what I’ve been learned.

I drew the wrong conclusions on what I thought were the ingredients to a satisfying lifestyle. I based it on external environment and fleeting experiences rather than the core values of human relationships. But I guess I had to miss it to realize its importance.

Firstly, meeting new people doesn’t necessarily mean making new friends. As we’ve already established, meeting new people is easy when you’re traveling. You stay in hostels, friend factory no. 1, and the threshold for friendship gets lowered significantly as it spans a total of a month or two if you’re lucky, and then you move on. You don’t need long term friends, just someone to entertain you while you’re both exploring what this new place has to offer. It’s superficial, and cannot be translated into how you need people in your life when you’re living somewhere. If you’re lucky enough to find someone who actually matters, they unfortunately move on after a while.

Secondly, finding people who share your interests doesn’t necessarily equal someone you can talk to, someone who gets you. Interests, again, are an external factor, and what I’ve learnt through traveling on my own, is that these external activities that bring me so much joy, can actually be explored on your own. It’s a lot more fun with others, but it still makes me happy if it’s just me. But what I can’t do on my own is go through life without a group of close friends who love and support you, even when you’re a shitty person at times. This is way more important than them coming surfing with me.

Thirdly, external environment hardly matters. It took me some time to realise but my life was going to end up looking the same wherever I went, eventually. There were just different colours of nature, cities and culture. You work, you eat, you entertain yourself until the next vacation. If you’re lucky you get to work with something you love. So the big difference for me came down to the people that are a part of it. The laughs, the challenges, the compromises, the learning and the love.

Don’t get me wrong, I’m not saying you can only have these things at home. I have met so many amazing people traveling, and they have given me a lot, it’s just that this “support” network takes time to build. Year by year you add maybe one or two people to it, and making it somewhere new basically comes down to time. You can start a life anywhere but it takes years and a lot of effort to get to the quality of network most people have at home. And that’s partly why it’s home as well, isn’t it? I think it takes something special to make up for it, like the dream job or a life partner you just can’t live without.

I didn’t have that. After a year and a half when things got more pressing with a giant visa application in front of me, it was no longer a question of whether to stay another year or two. The amount of money the residential visa application requires it was more like a 10-year investment. So it became a bigger question of creating a life in Australia long term or moving back. And I was left wondering, why? Why am I fighting so hard to make it somewhere new, only to re-create the life I had at home?

I used to see what I had back in Norway as a beginning, and always figured you’d build on that and expand your horizon. But as soon as you move on, or away, there is no building on it, because you can’t really take it with you. What you have back home slowly fades and you become less and less a part of it as you’re missing out on all those regular days that make a life. And as you start from scratch wherever you choose to go, there better be a great reason why. That said, I have learned way more exploring myself through exploring the world than I think I could have just staying at home. Traveling is nothing if not a great lesson.

There is a trend of mindful traveling happening at the moment, one travels to find oneself. Do some yoga, meditate, get high and spiritual and living your best life. The reflective (hippie) traveller is all over the backpacker scene at the moment, and they’re all expanding their horizon, just like I’ve been. But, as Mark Manson mentions in The subtle art of not giving a fuck, the traveling experience can only provide so much after a while. Sure, the first trip and the first meeting with a new culture will help your perspective on things. But the tenth and twentieth country will offer little new. And the same goes for material objects, and high you get of parties. Because they’re temporary, fleeting experiences. And as I had a need to move around to make it feel like I was moving forward, I’m now realising that it’s more important to move forward in less physical ways.

I found a lot of things in Australia, just not a home. I’m not sure I can say found myself as I think you change a little bit continuously through life. But, I can say for sure that I have found a different version of myself than the one that left Norway 20 months ago. 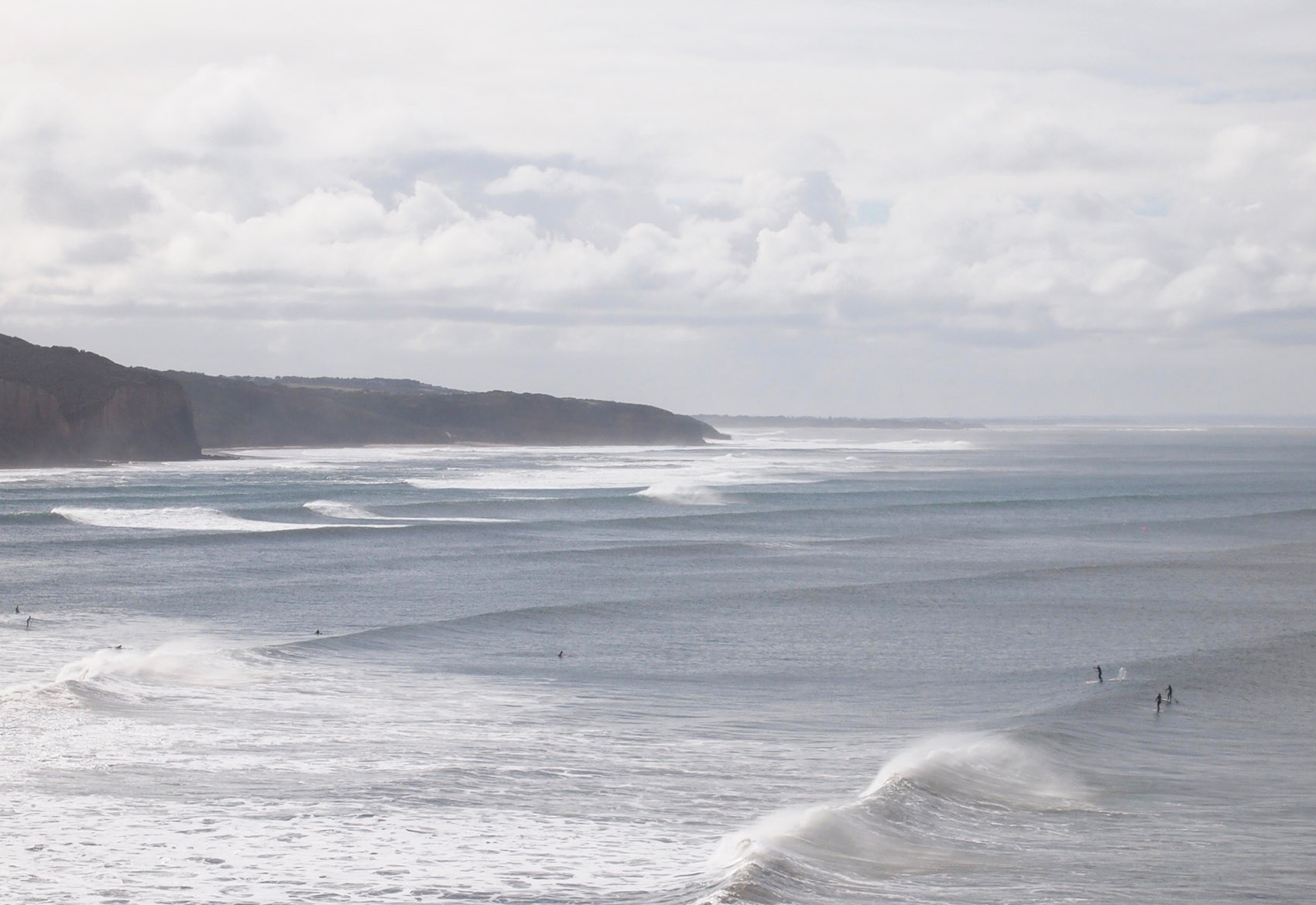