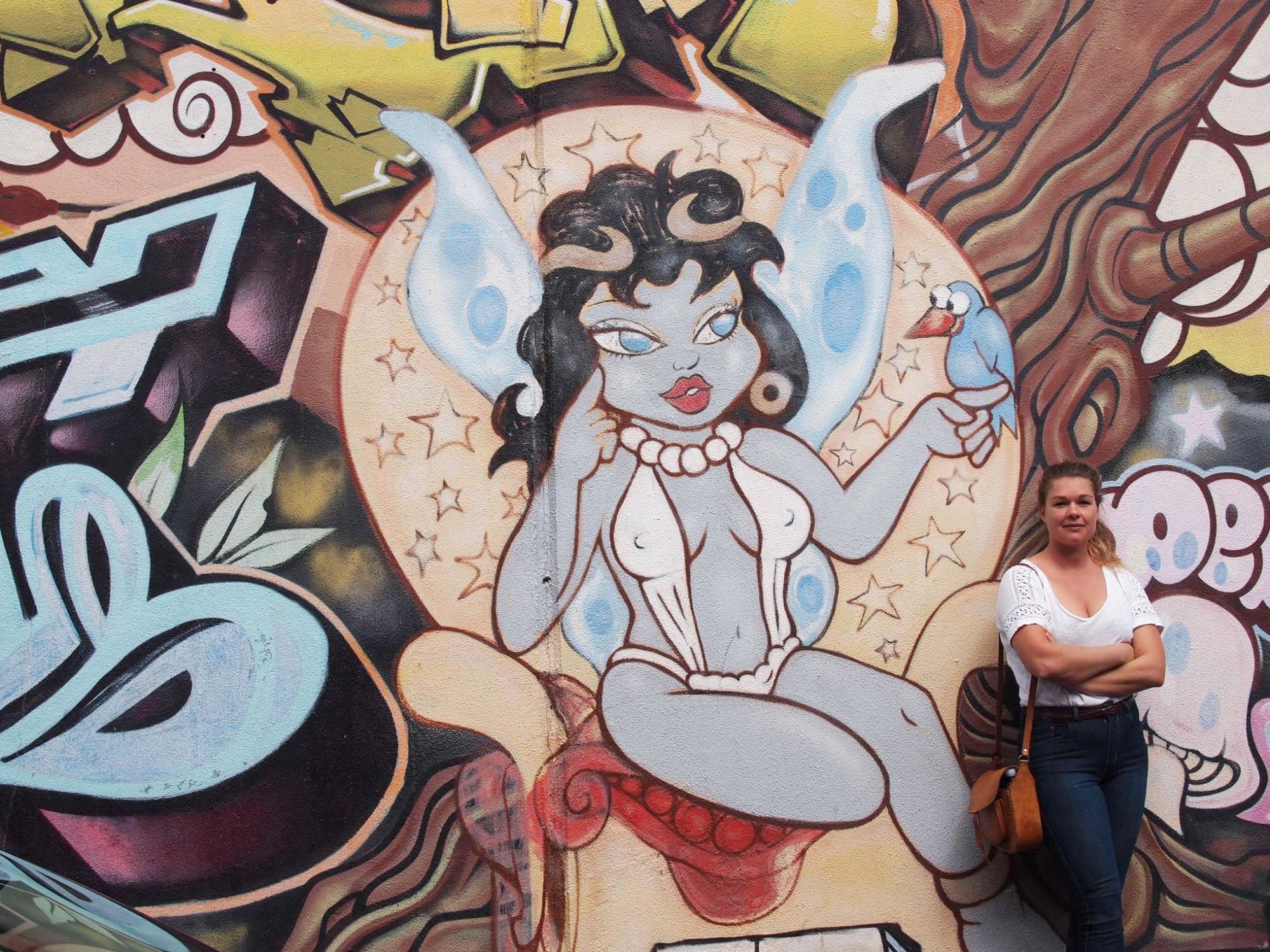 Arriving in Melbourne and moving into a sharehouse meant paying rent. I could no longer rely on the almost free accommodation of a work-for-stay hostel arrangement and I no longer wanted to. One needs their privacy after 6 months of a shared bedroom. But, after a year in Australia with no proper income my savings were getting dangerously low. I had enough to cover one month’s rent but had no idea of how to cover the next.

I started applying for restaurant jobs while sending out architecture job applications just to get some quick cash and keep me going for a bit longer than a month. But after three weeks job hunting I still had no promise of an income. I had only gotten one trial at a really dodgy restaurant and a call-back from another. At the architecture end of things, a couple of weeks of phone calling and emailing had at least gotten me one interview with a smaller architecture firm.

I was starting to freak out. I had less and less money and I was starting to see how impossible getting a job within architecture would be without an in, someone you know who can help you out. I wanted to enjoy Melbourne at the same time as I had to start preparing myself that this might just be it. I might just have to start looking for jobs in Norway instead.

Then, I got a text. It was from a Director inviting me in for a networking chat. Although he didn’t have any positions available in his office, he might be able to give me some useful tips. I had almost forgotten about my former colleague at a restaurant in Kingscliff who said she knew an architect in Melbourne and would pass on my details. You sort of learn not to get your hopes up as people use the term “set you up with” someone quite freely here. But not this time, both her and the director came through.

So I presented him with my work and my current catch 22: How do you get local experience when no one will hire you because of your lack of local experience? It ended up being mainly a nice conversation, and if nothing else I at least knew one more person within the architecture field.

Arriving back from the meeting I started to mentally prepare for the interview with the actually hiring office when I suddenly got another phone call from the Director I had just seen. He explained that he had just had a chat with the office administration and that they had in fact been talking loosely about getting another Graduate, so if I wanted to I could expand my experience with their office for a while. On rolling three month’s contracts for an indefinite period of time. I could not believe it! This was amazing! Someone was giving me a chance! I accepted right away, of course, and would start the following Monday. WOW, how your life can change in an instance!

The next couple of days I had to reset my brain as it kept coming up with things to do for applications, restaurant work etc. I no longer needed to stress out about job applications!

The best thing about a job, besides having a bit of money, is the security and peace of mind. After two years of not having a routine, and enjoying it, there is something incredibly nice about resting in a situation for a bit and knowing whats going to happen for the next couple of weeks. Grass is always greener right? The things you at home take for granted in your daily routine right now, are the things I appreciate the most at the moment!

I could finally sign up at a gym, hoard food and invest in the interior of my room a bit homier. The only thing missing was a network of friends. Living at a hostel will provide you with a bunch of friends and acquaintances within days, so the trade-off with a house is of course less of a social scene. Since I’m not a person who would walk up to a stranger on the street and make a friend, I need other meeting points. Such as a once a week activity with forced interaction like a team-sport or in my case, choir. And even if I didn’t make new best friends, at least I got to revive an old hobby.

Melbourne and some of it’s many festivals (The White Night Festival/actually this is just a regular saturday afternoon in the CBD/St. Kilda Festival)

The surfing however, has been reduce to a once-a-week activity. The nearest surfspot is in Torquay, an hour’s drive away. So with the lack of frequency and with the cold water wetsuit that follows here, it’s safe to say that my surfing will not improve any time soon. If I’m lucky it will stay at the current level. But I tried to make surfing the most important thing for a while and on its own it wasn’t enough. It was time to let go of the dream of having both work and surf at the same time and to prioritize work and a little bit of intellectual development. 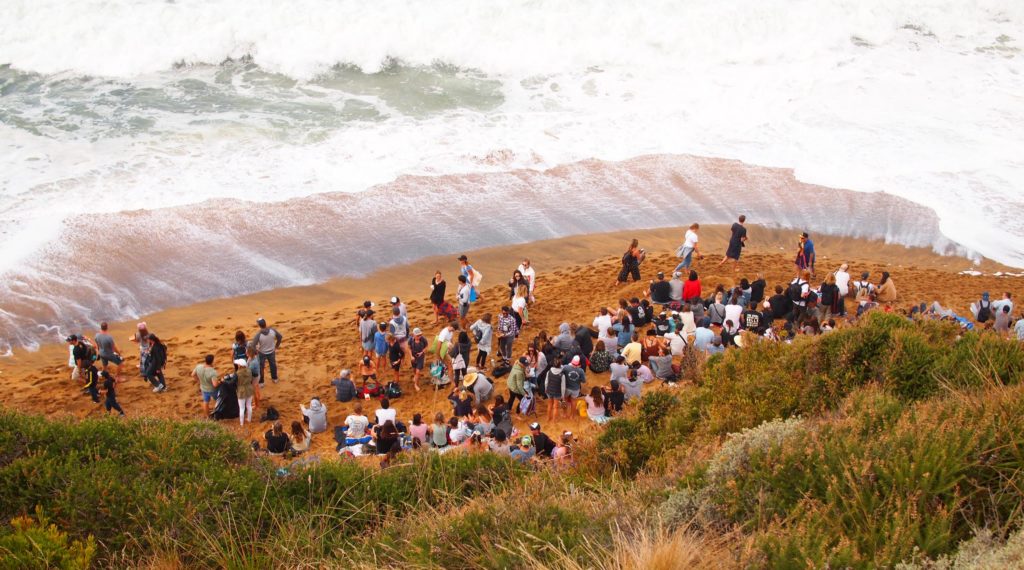 The international WSL surf competition held at Bells Beach in Torquay every year. This time I was finally at the right place at the right time to catch one of the competitions I have been following online for so long!

6 thoughts on “Things falling into place”