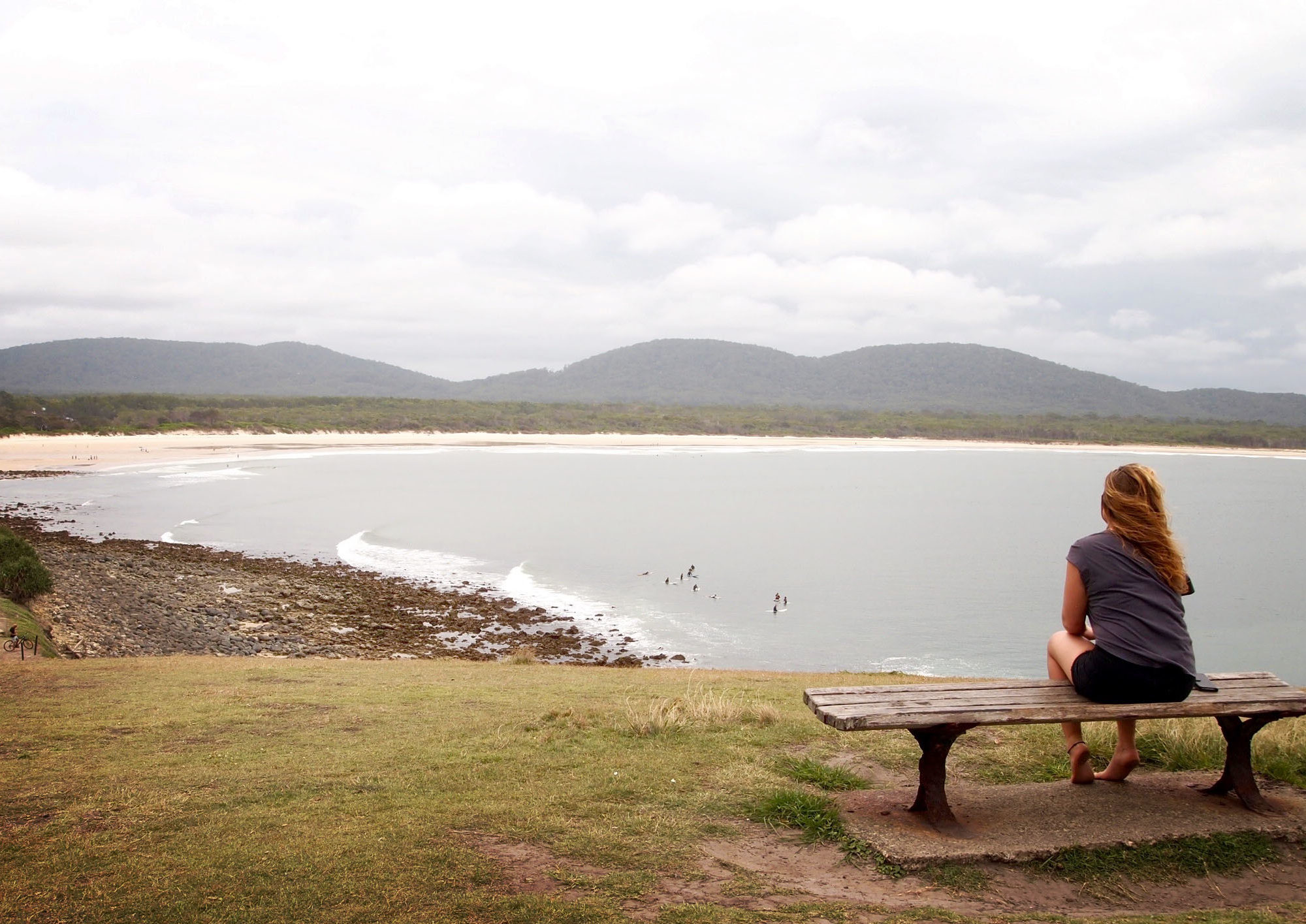 So back on the horse again, or should I said plane again, off to new adventures! Since arriving back home in July I spent five months waitressing, spending time with friends and family while trying to figure out a plan for Australia. Leaving all that behind yet again wasn’t nearly as nerve wrecking as when leaving for South America though. Then, I was going to a continent not speaking the language, not knowing anyone or the culture or having any form of direction. This time I do speak the language, I do (sort of ) know the culture, and I am leaving with the goal of making a living as an architect in a surftown somewhere along the eastern coast.

I am currently visiting Port Macquarie half way up the east coast between Sydney and Brisbane. It is overcast and windy but at least its nearly 30 degrees. The beaches here are well worth a postcard as long as you leave out my drama queen face and inhaled scream when trying to submerge myself in the crystal clear, icy water. Summer has yet to come to central Australia for my part. This is more like spring. Same story in Newcastle and Sydney. Water is still freezing! Though people who live here seem to enjoy what they now claim is the “warmer” water.

Arriving from Norway I was hit by a wall of humid heat stepping out of the airport in Sydney, but that was luckily followed by a thunderstorm clearing up the air while I was waiting for my shuttle. My first weekend away was characterized by the abrupt separation from the warm comforts of Mummy’s house. I literally forgot how it is to plan for meals, that combined with a dirty hostel kitchen and a massive jetlag had me eating one maybe two random meals a day. A week later I am feeling the undereating and therefore massively overeating. A did however manage to get in a city walk of the waterfront, Opera and part of the city center and a day trip to Bondi beach, which was a definite highlight. Watching a lot of Bondi rescue I can gladly announce the lifeguards do look excactely the same as on the show! I was superstarstruck! I mean, I could name ever lifeguard I saw…

However, while the beaches here are worthy of  postcards, the urban surroundings remind me more of a screenshot from simcity. Outside of Sydney and Newcastle’s historic street sections Australia has the most random styled yet commonly catalougesque building structure I’ve seen. And the spread out cities don’t really have a center like Europeans are used to.

I wasn’t sure I was going to stop by Newcastle but I’m glad I did. It was a really nice, quiet town area, and I say area because it is pretty much the definition of urban sprawl. The east end of town with the hostels and the town beach had a striking number of bankrupt businesses and not a single supermarket. But a 10 min bus ride will take you to a busier bar and restaurant street in Hamilton. The town made me wish I had a car. A wish that was strengthened by the pricy busride to Port Macquarie and wanting to stop by a perfect point break in Crescent Head. Staying in hostels I luckily found a guy with a car that was also keen on going for a surf resulting in a great day trip.

Crescent Head really is the “charming”, little town I’ve been looking for. Everyone here seem to be surfing, it looks like the spring of the Aussie surfer dudes. Unfortunately it’s so small for any hostels, let alone any architectural firms. So it will have to be for weekend getaways. So, still betting on Byron Bay to be the perfect little town, I am continuing heading north, next stop, Coffs Harbour. Till then I’ll leave you with some photos of one of the prettiest places I’ve seen in a while: