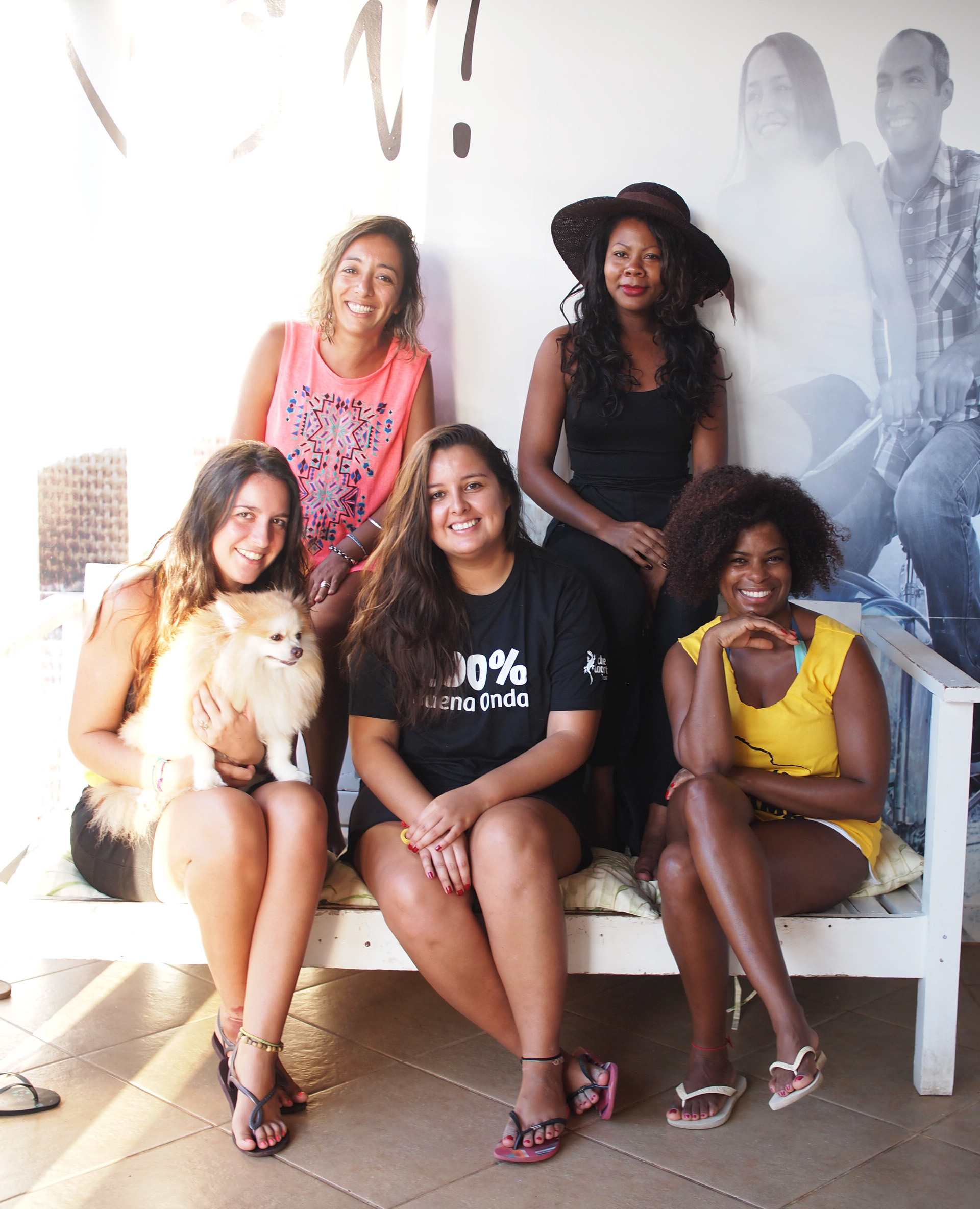 I think I’m a smalltown girl. Depending on the town of course I prefer smaller cities and towns to big capitals. There’s something nice about walking down the street seeing friendly faces and stopping for a chat, and everyone gathering at the same places at night. When you see the same faces over and over the gap to becoming acquaintances narrows and friendship is not too far away.

Itacaré is a little tropical gem of a laid-back surf town, and the people here are patient non-stressers who take life as it comes. Which is the only way to live in Brazil it seems. The majority of people here are also social, very social, and they spend most of their days outside amongst other people when possible. You really have to want to be alone not to meet people here.

After letting you in on how my everyday would unfold here in Itacaré, I wanted to give you a little introduction of the people it included. Most of the people who were a part of my day were mostly limited to other travellers or people with English skills as my Portuguese skills left something to be desired. But I would also meet people in the waves where simple Portuguese would be sufficient. And even though my network would expand to include Brazilian friends of friends, the closest friendships were all happening in English.

So, this is me, in front of my little beach house studio, if you can call it that, with my dearest possession, my Ikaika surf board. Usually after a surf or during a day off I would hang out at this girl’s place:

Belgian café-owner and chef-extraordinaire, Valentine started her own little place after following her family to Itacaré. Her café was the regular hang-out spot for Daisy (Dutch-Portuguese chick who bounced back home way too early) and myself, and I have never stuffed my face with so many brownies during a week before! Besides cooking amazing food, she was also a source of no-bullshit straight talk and wonderful sense of humour. I am so impressed with her dedication to her work and friends at the same time, working all day and partying with us after!

Most days on the beach however, was spent with this chick:

The Argentinian beach lover. Warm and loving and always telling me off because I was too lazy with the Portuguese. Also a notorious tea drinker. Like many Argentinians she always had a cup of Mate ready, even when the sun was out. At night we would do regular tea at Caramelo, the local cake shop. Ergo, a lot of talking taking place, usually about boys.

Now, even though Laura had plans of becoming a surfer most surf sessions was spent with some of these girls:

With her own surf school, Meninas do Mar, Jane is pretty much a surfing professional and from what I saw the best female surfer in Itacaré. She very early on included me when driving to one of the surf spots further away from town and gave me tons of good tips on how to improve my surfing.

They come as a pair. Both working for the local NGO, they were first known to me just as the NGO girls. Always in a good mood, laugher-fits were guaranteed when encountering these two as one crazy story would follow another. Rachel was also my faithful surfing buddy, waking up with me at 5:30 am to check the weather several days a week. After surfing Hawaii its safe to say she’s got the waves handled better than me, but its nice to have someone to look up to. Emily also made an effort, but was more of a laidback-surfer. But then she volunteers teaching English to kids after they finish school, so you can’t really hold anything against her. They also ensure a legendary night out!

Though you would never guess from her british accent, Milly is also an Argentinian who found her way to Itacaré. She holds daily yoga lessons on the beach and surfs of course. She was one of the first girls I met surfing here. With her super upbeat and happy attitude she always had some good advise either for surfing or life.

Not there for the surfing but for everything else:

Belen and Belen, Estefi, Vanuza and Valdirene aka. The Che Lagarto Girls is a great group of girls who are working at the Che Lagarto Hostel where I first stayed when arriving to Itacaré. As amazing and inclusive as they were, they very quickly became more like a group of friends, and when I got an apartment the hostel would still be a regular hangout spot. They are also pretty much a part of every night out I had at either Bananas or Favela, the local party hostel and street bar.

And then the local I got to know the best:

The guy who taught me surfing. When I first got to Itacaré I ended up getting lessons with Felipe at his surf school, Local surf Itacaré. He was just as annoyingly picky as a teacher should be and would let me come along when he had other classes for me to practice on my own. He would soon be my go-to for surftips or fixes of various kinds.

Of course the idea of taking portraits came just as I was about to leave this amazing place, so there was a lot of people I would have wanted to include here but who had already left. But as most of the people portrayed here are pretty much residents of the town be sure to send my love if I have hereby convinced you to pay a visit to this magical place!