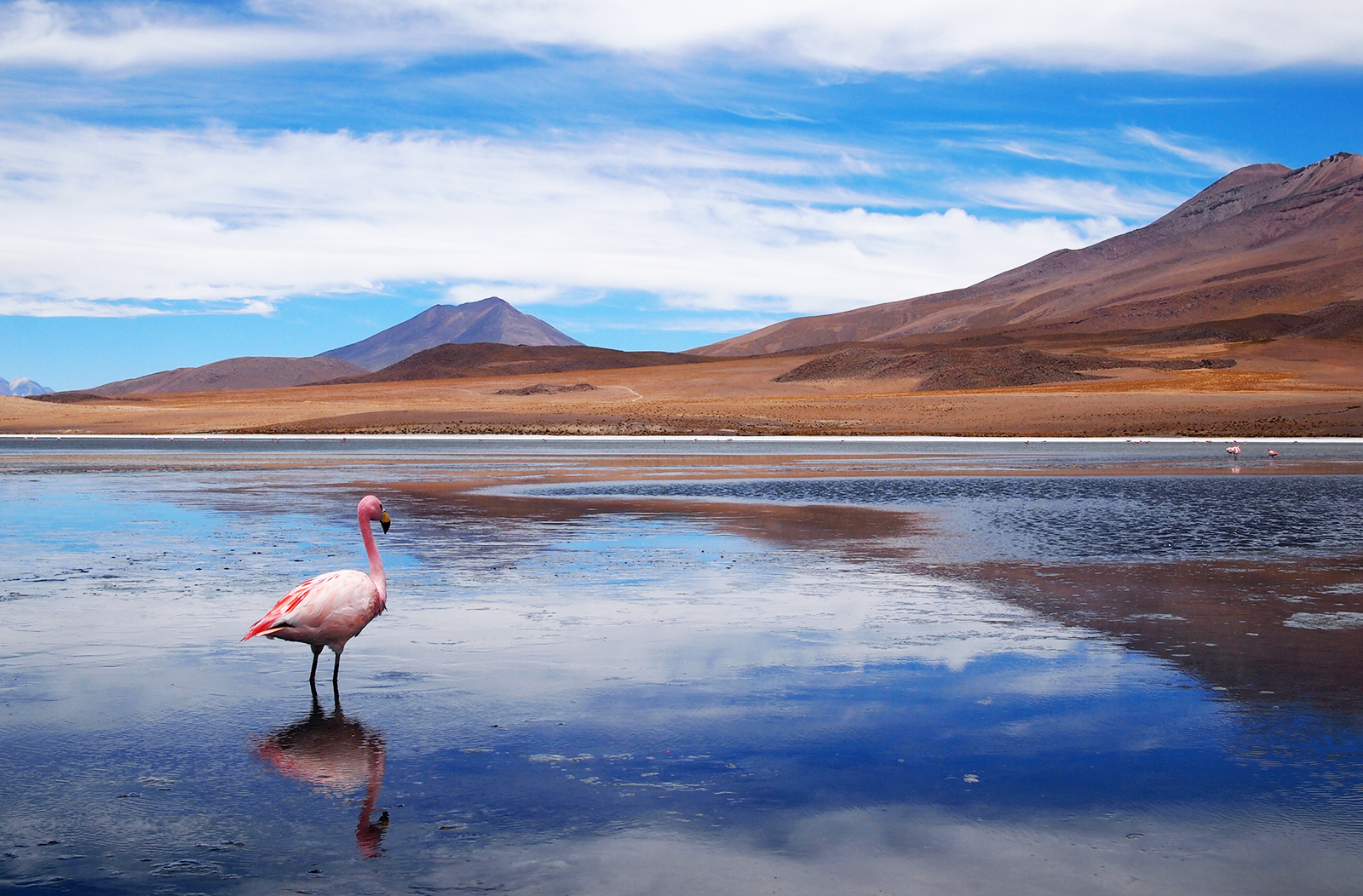 So I finally made it to the final bucket list item. The Uyuni Salt Flats. Since I was staying in San Pedro, Chile and going to Bolivia, the easiest option seemed to be the three-day Jeep ride across the desert ending with the final day in the Salt Flats. Based on hear-say and other people’s experiences, I went with a company called World White Travel (not the most politically correct name…). The trip included a six seat Jeep, basic accomodation and semi-crappy food, but the driver was nice and very informative.
The first day started bright and early at the Bolivian border and the entrance into the national park. The sightseeing started right away driving through beautiful desert scenery. First stop was the white and green lakes coloured by the nearby volcano minerales. Only half an hour on, we passed by landscapes so surreal and spectacular they are said to have inspired Salvador Dali. 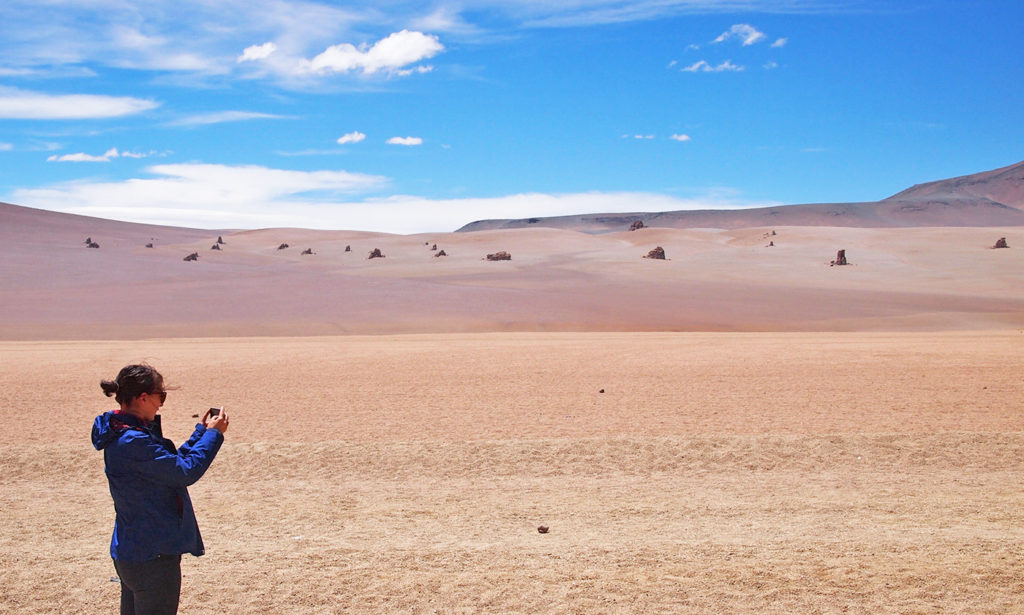 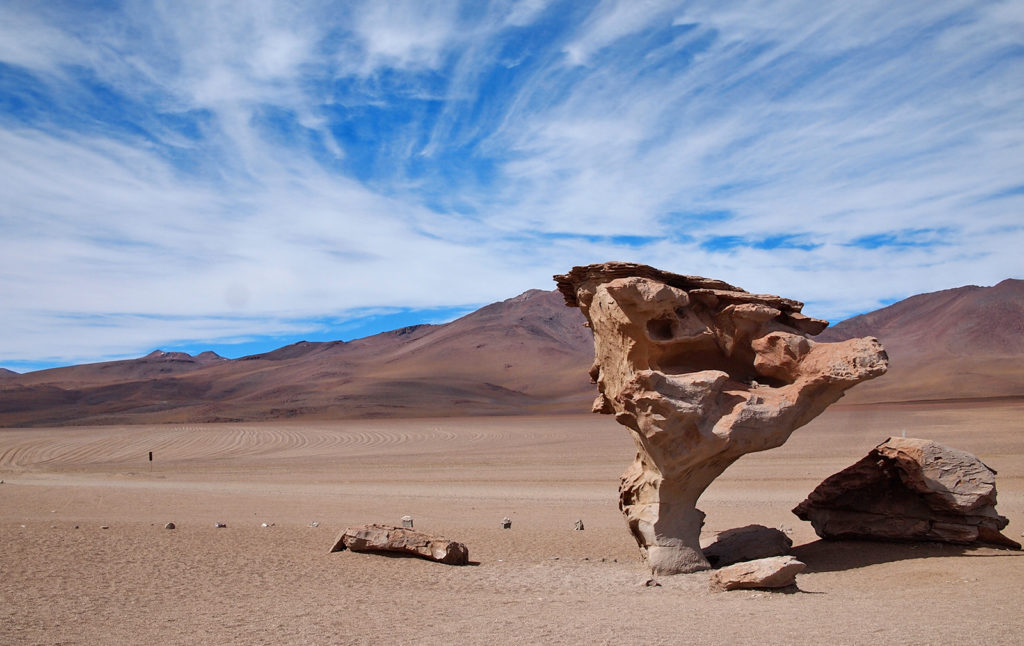 Half way in on the first day we arrived at the much anticipated hot springs. Although you might associate desert with heat, the high desert in Chile and Bolivia at more than 3000 meters above sea level, has little of it. It was freezing! The hot springs was a much welcomed stop. Next stop was the allegedly highest situated geyser in the world at 4950 m. As we got there late during the day it wasn’t nearly as impressive as the Geyser del Tatio in San Pedro, however it carried a very impressive smell of rotten eggs.

The highlight of the day was the red lake. Filled with minerals resulting in a blood red colour, the pink flamingos seemed white in contrast. 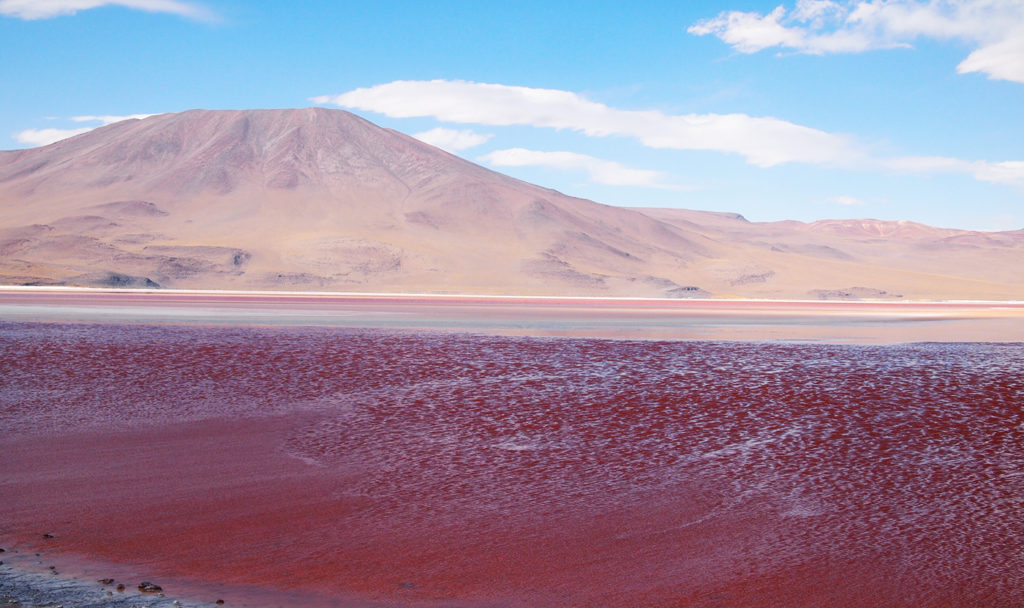 The hostel the first night was a low bunker like construction placed in the middle of the desert with electricity for only a couple of hours a night. The rumours were that this was going to be quite a cold experience, but with three layers of blankets on the beds, it wasn’t too bad.
The second day was filled with more desert scenery. Having already been spoiled with volcanoes and colourful mountains already, I must admit, I became a bit numb to the sights the second day. By the time we came to the fourth lake, I could barely be bothered to get out of the car and out in the cold wind. Flamingos actually stopped making an impression after a while. 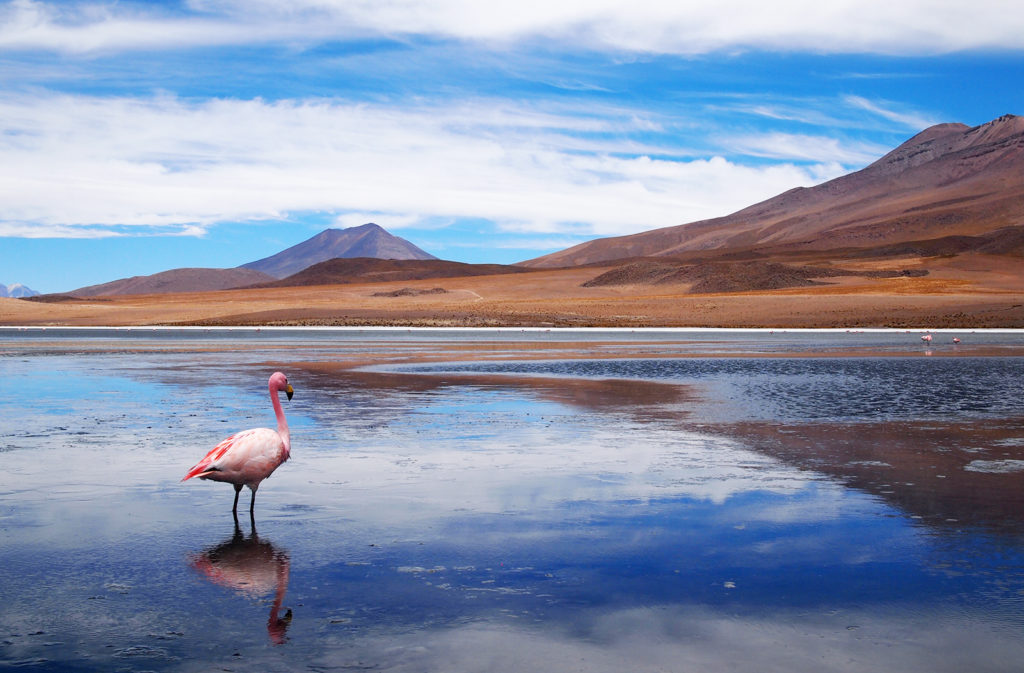 Since we were taking the tour from San Pedro to Uyuni we crossed a smaller salt flat before getting to our big final the morning after. The second night we stayed in salt hotels on the border of the smaller salt flat. The hotels are constructed with walls of salt and the floors were weirdly covered in loose salt as well, which made for an unpractical unpacking in the room and really didn’t make any sense.

The third day we opted for the early wake up call so we could catch the sun rising over the Uyuni Salt Flat, the definite highlight of the trip. We arrived at the salt flat at first light seeing nothing but an ocean of white all the way to the horizon, only the ocean was solid and we were driving across it. The driver turned of the front lights to better allow for the uninterrupted landscape to emerge in the increasing light, lent back and let go of the steering wheel while still keeping full speed. There was nothing to crash into in any direction for miles! Although the sunrise was clouded, it was a stunning one that left us in awe. 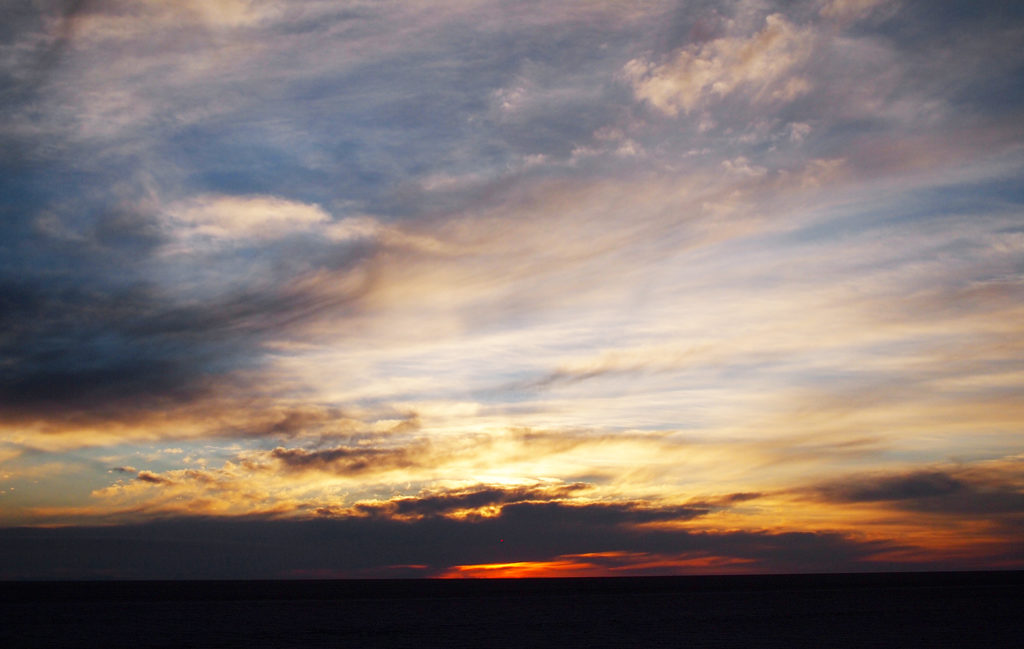 As we continued into the white we stopped for breakfast at Isla de Pescada, an actual on land-island covered by allegedly more than 16 000 cacti. This truly was one of the most bizarre things I’ve ever seen. As anyone googling the Uyuni Salt Flats would know, it’s paradise for photoshoots, and our tour had set aside plenty of time for one.

The tour across the Bolivian desert is an amazing one, but it also depends a lot on who you’re stuck in that Jeep with. My group was very nice, but the majority were French so it was difficult to be a natural part of any conversation. We had some good times around the dinner table though and the early mornings and altitude will make most people go to bed as soon as you finish dinner. We were all quite lucky with no significant altitude sickness in the car, only a little food poisoning. The tour was finished at the quite touristic Train Graveyard 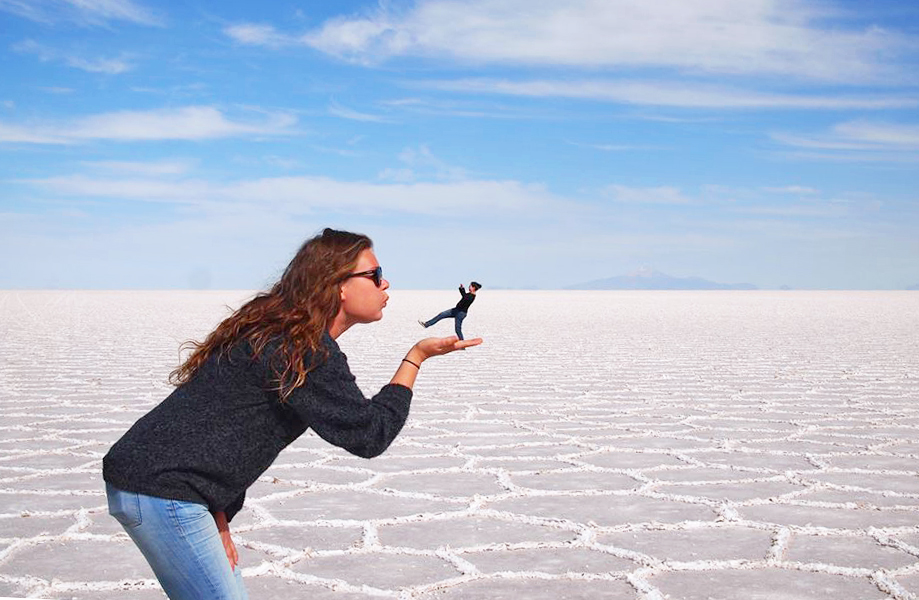 Just a matter of imagination 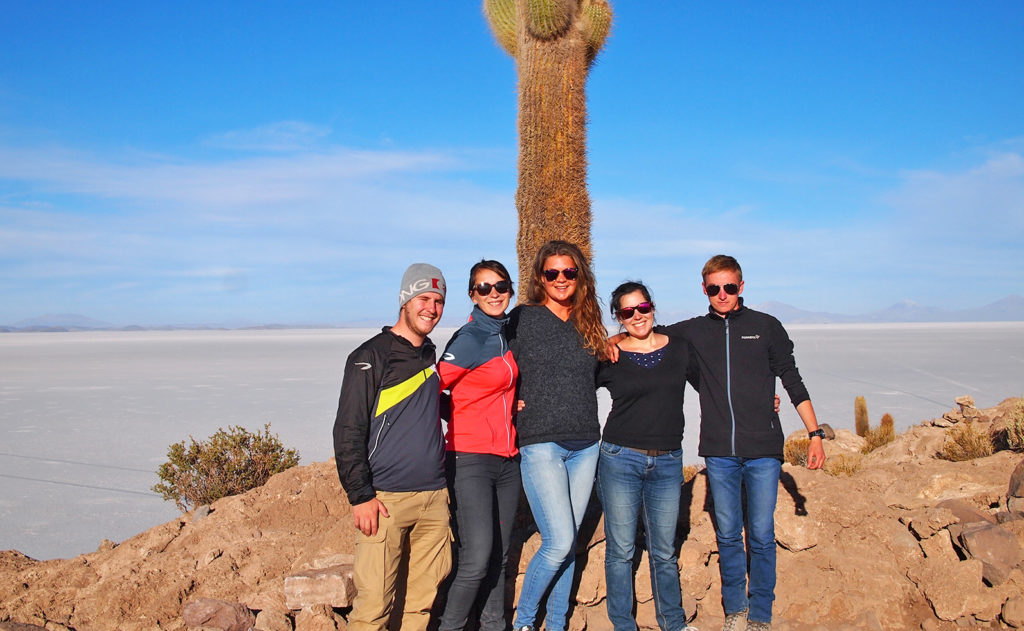